Skip to content
HomesportsWill the Indian team come to Pakistan to play Champions Trophy
Spread the love
The Champions Trophy is still four years away but the Indian government is already reluctant to allow its team to participate. 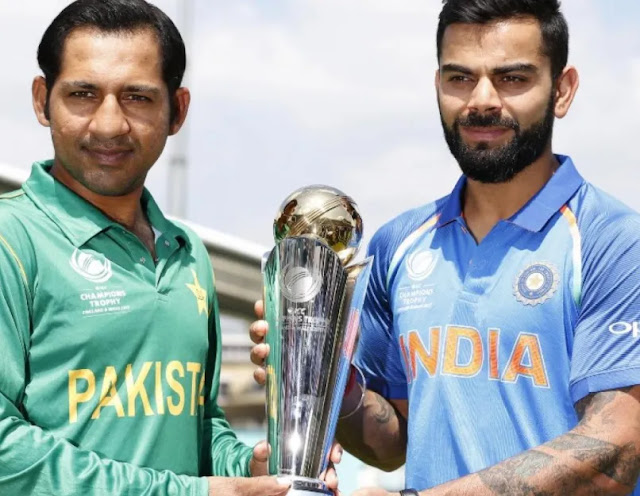 After the announcement of the ICC two days ago that the 2025 Champions Trophy will be held in Pakistan, people are raising the question of whether the Indian team will also come to Pakistan.
Yesterday, Indian Sports Minister Anurag Thackeray’s statement came to light in which he said that the Indian government will decide after reviewing the security situation in Pakistan whether the team will be allowed to visit or not.
Many teams have refused to go there in the past because the situation here is not normal Thackeray told reporters in Delhi on Wednesday. Security is a big challenge there because there have been attacks on teams there in the past, which is a matter of concern. Therefore, when the time comes, the Indian government will decide according to the current situation.
The Indian team last visited Pakistan in 2006. India had refused to play Pakistan after the 2008 Mumbai bombings, although the two teams have been competing in ICC tournaments. Global cricket was suspended in Pakistan for very nearly ten years after the 2009 assault on the Sri Lankan cricket crew in Lahore
The last international tournament played in Pakistan was the 1996 World Cup, which was also hosted by India and Sri Lanka. The final of the tournament was played between Sri Lanka and Australia at Gaddafi Stadium in Lahore.
In response to Anurag Thackeray’s statement, a Twitter user Sankit De Patil wrote, “Why is he so confident that his party will remain in power till 2025? This is democracy. The people will decide in 2024

Indian sports minister Anurag Thakur has expressed apprehensions about India’s participation in the 2025 ICC Champions Trophy, set to be hosted in Pakistan

Another user wrote, ‘Absolutely. Four years is a long time. From now on, this statement is meaningless.
It may be recalled that Anurag Thackeray belongs to the Bharatiya Janata Party, whose government will last till 2024. After that, the new government will be decided in the elections.
Parveen Kumar tweeted: “We lost to Pakistan in T20 World Cup. Now India will have to go to Pakistan and defeat them at home. This will be a great satisfaction for the fans