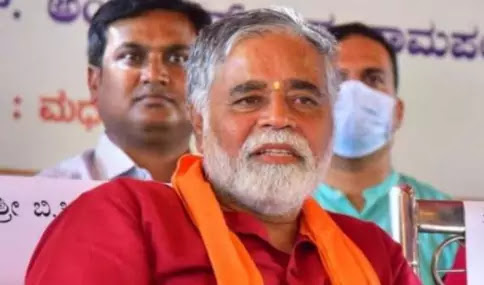 BANGALORE – Karnataka Minister BC Nagesh has claimed that the smiles on the faces of extremists infuriated the boys by chanting Allahu Akbar.
Talking to Indian TV, Karnataka Education Minister BC Nagesh said that the boys wearing saffron-colored mufflers did not want to surround the Muslim student’s smile but when the smile raised the slogan of Allah Akbar, they became enraged.
The Indian minister also said that the smile provoked the boys to present there, otherwise he would not have had a single student before him. BS Nagesh, Minister for Primary and Secondary Education Can’t be encouraged. Indian minister asked why Miskan raised the slogan of Allah Akbar in the educational institution and why the people present there got angry.