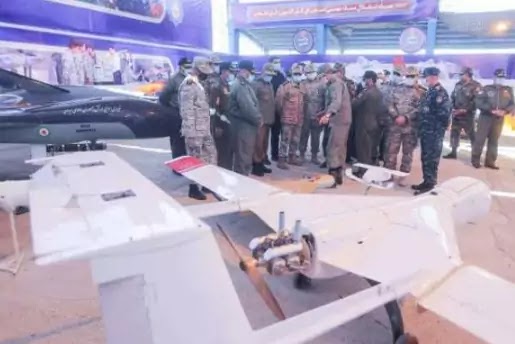 Whoever wants to come to the field our drones are ready

Iran has declared war on any kind of offensive

Tehran (10bmnews Latest News) Iran is the only country that has opened three or four fronts at the moment and it has not been able to retreat under the pressure of any international country but is moving forward. Iranian military drones are capable of responding to enemy aggression in a timely manner said Mahmoud Musa Iran’s military spokesman who visited the base and said in a speech that Iran was now ready.

We have prepared ourselves for whoever wants to come to the field. Whoever attacks the enemy will be given a full answer. Our drones are capable of repelling any enemy within a range of 2,000 km he continued.

It may be recalled that Iran had conducted joint and large day drone drills for two days, after which Mahmoud Musa while addressing the ceremony declared his power that we have been able to break the teeth of the enemy. Hundreds of military drones participated and tried to send a message to the United States including Israel, that we are always ready to respond to any unexpected action.

These drones are made in Iran and are capable of shooting long and short targets. Since the United States is currently weighing in to attack Iran, Iran has conducted military exercises to counter any threat. Israel, which a few weeks ago assassinated an Iranian nuclear scientist at the hands of intelligence agencies, is also ready to attack Iran.

When Iran announced its uranium enrichment, Israel reacted by saying We will not allow Iran to do so. It will continue to enrich uranium to make weapons and if an attempt is made to attack it, its drones will be ready and it will respond with bricks and stones.