Skip to content
HomeLatest NewsWho is to blame for the Murree tragedy ???
Spread the love 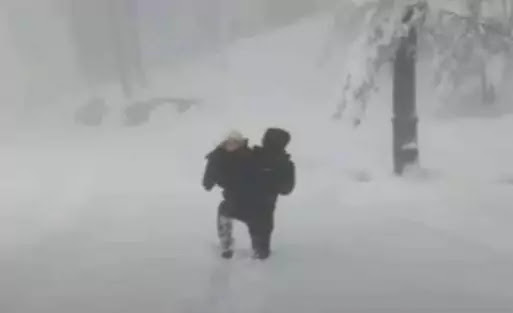 The first rain of winter fell and people flocked to Murree to enjoy it. Seeing the pictures and videos of heavy snowfall there, the mouths of more people were filled with water, and surely whoever saw those scenes must have liked to go to Murree or Northern Areas. Mr. Fawad Chaudhry stated that more than one lakh vehicles have entered Murree which is proof of improvement of the economy of the country and also proves that we have revived tourism.
But after a few hours, very sad and heartbreaking videos started appearing from Murree. Due to the rush, the traffic was jammed and due to heavy snowfall, the roads were blocked. Moments later, all the vehicles were under the snow and inside it, people were counting the last breaths of their lives, tormenting, screaming, jerking.
The government was counting vehicles and people were counting their breaths. Of course, they would have been calling for help but people around them came to their aid but by then many lives had been lost and they could only get the bodies out of these vehicles…
The cause of these deaths is in front of everyone. Now no one curses the tourists, curses the dead, calls the government insensitive, or neglects the administration but there is no cure for those whose loved ones are gone, for those whose entire family is buried.
At the same time, they are not going to get anything out of it. Whether the government admits it or not, the facts will not change because the government has committed gross negligence and administrative shortcomings in this matter. So remembering that one lakh vehicles have entered Murree, did you not remember that some steps have to be taken to handle the entrants and also to protect their lives and property?
It was remembered to be praised for making a statement to revive tourism and improve the economy, but why didn’t it remember to make a traffic plan?
Why did they forget that they have to keep the machinery ready to keep it open on this 30 km route? A few thousand extra employees should be deployed on this road so that the routine of life can be maintained?
Only a few thousand men and some machinery were needed to keep the roads open and from time to time the dead kept closing the road so that there would not be much rush at the top.
Let the people run towards Murree and you will receive blessings from it when the economy and tourism are restored, but on the worst administrative negligence, your new revolution will start cursing those who are dying, why did they come to Murree.
So congratulations will be given to the government that it has improved the economy and revived tourism and if the tourists die in agony on the roads then they will be found guilty.
This is a busy empire too !!!
Our tragedy is that we do not take any precautionary measures to avoid possible tragedies and when such incidents occur we show extraordinary agility and end the matter by shedding tears for a few days. Shouldn’t he be held accountable for the reason?
Receive your salaries, benefits, pensions, and other benefits in full, but acquit yourself by interpreting your responsibilities as God’s will or the negligence of the tourists themselves. There should be an immediate inquiry and from the Prime Minister to the general employees present there should be asked who was responsible for making arrangements to deal with this situation.
Is it the job of the National Disaster Management Authority (NDMA) just to get its share of the budget or is it responsible for it? Why were no arrangements made to keep the traffic flowing? If the locals of Murree had not taken out the bodies from the vehicles buried under the snow and made a fuss, how far is it that the government would still be praising our government For the first time, the roads from Murree to Islamabad have been filled with vehicles, which is a sign of improving economy? , Accommodation and other necessary arrangements
My very dear friend Umair Abbasi Sahib has also been busy in the service of these passengers since then. When I called yesterday, he apologized after saying two or three very important things, after which I will call. Taking advantage of the situation, the local villagers started selling bread for Rs. 30 for Rs. Helped to some extent but there are some big hotels that have rented a room for Rs 50,000 per night because they knew where they would go now. The roads are closed.
A hotel told a woman that The booking was to vacate the room now or else pay the next day’s rent. While these big hoteliers are cashing in on your compulsions at the right time, the locals of Murree are helping the people who have laid their hearts on the floor.
So tourists should also remember that a friend is the one who comes to work in difficult times and dies next time, so instead of staying with these big mafias, try to benefit the business of the people who have lost their wealth for them today. Not avoiding suicide