Skip to content
HomeLatest NewsWho in Pakistan is not ashamed of the Sialkot incident said Dr. Shahbaz Gul
Spread the love
Those who have become claimants of religion have sold their Ranjan in the name of religion, others in the name of secularism and corruption have deviated from the basic philosophy of Hazrat Muhammad (PBUH). 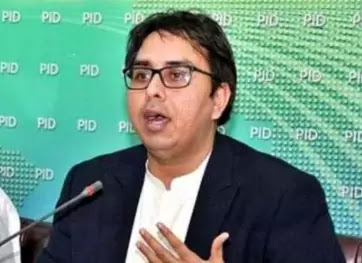 Ahwar – Special Assistant to the Prime Minister Dr. Shahbaz Gul has said that he is not ashamed of the Sialkot incident in Pakistan. He sold his Ranjan in the name of Islam and corruption. Today we are deviating from the basic philosophy of Hazrat Muhammad (PBUH). Go
He expressed these views while addressing the annual convocation of Minhaj-ul-Quran University. Special Assistant to the Prime Minister Dr. Shahbaz Gul further said that he was very happy to know that Minhaj-ul-Quran University is one of the two places where Maritime Affairs degree is being awarded and research is being done.
Everyone has the right to disagree with the political or religious views of Shaykh-ul-Islam Dr. Allama Tahir-ul-Qadri, but no one disagrees with the candle which he has lit in this field. Maybe millions of lives have been enlightened by this thought.
He told me that a center of peace has been set up in this university and he is also pursuing a degree in sports. Now our new generation is changing through games. The child is sitting next to us but teaching him against the trends of his culture he said.
Our training was that when the mother wakes up at night and coughs, the son has to ask the mother It is necessary to send him to the house. Today our child is on our side but he is learning the society of others. He said that it is very welcome that Minhaj-ul-Quran University is preparing a new generation to face the modern challenge.
He said that western countries had given rights to their women a few decades ago and they were allowed to vote. But today the United States and Britain tell us that we must take away women’s rights. In Islam, women have been given rights several hundred years ago. He said that the basis of our religion is education and even hundreds of years ago, Muslims were the most educated.
The concept of Islam is to learn education and without it Islam is incomplete. Addressing the students, he said that you should be proud of the nation in which you were born, you should be proud of the country in which you were born. Prime Minister Imran Khan clearly says that if you become a slave to someone in your thinking, then you are a second-class citizen.
Prime Minister Imran Khan, the son of the nation, realizes that whenever Muslims follow the teachings of Sarwar Queen and come closer to the path he has given, Allah has given us honor and help and has improved our honor and humiliation in our destiny as far as we go. Shame and darkness continued to be written. He said that Muslims raised the flag in the field of science and technology because of the awareness given by Islam.
Today the two worlds have deviated from the basic philosophy of Prophet Muhammad (peace be upon him). The Holy Prophet (peace be upon him) said that you should get an education even if you have to go to China He said that Prime Minister Imran Khan has formed the Rehmat-ul-Ulameen Authority which includes not only Pakistani scholars but also scholars from all over the world. Are
The purpose of this is to explain the ways of the Holy Prophet along with the basic teachings of Islam. The curriculum that is being taught to our children is cartoons, they should be introduced in such a way that it contains the Islamic code of conduct and ethics. There is wrong thinking in our society today. That it should not be stopped.
When minorities in India are oppressed and murdered, our heartbeats here for this oppression. Here, when a foreigner was being set on fire, your heart still beats, you are disappointed. These are all behaviors that are not the responsibility of anyone. People who have become claimants of religion have committed corruption in the name of religion. Secularism has committed corruption in its sphere. There was also hatred because everyone attached the need for corruption with their Ranjan.
The most important thing is character building, here the character has gone down. Overseas Pakistan goes there on merit but when they come here they expect their work to be done without lines, here merit is to be the work of others. I am ashamed of what happened in 2014, I am ashamed of what happened after this incident, the blood of martyrs is still seeking justice.