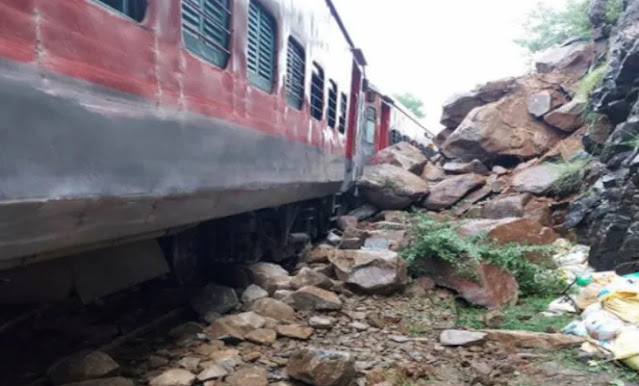 Bangalore – A passenger train in the Indian state of Karnataka narrowly escaped a major tragedy in a mountainous area.
According to Indian media, when the Kanwar Bangalore Express started passing through the hilly area of ​​Toporo Saudi, it suddenly rained huge stones from the mountain. Due to this sudden rain of stones, five coaches of the train derailed. However, the driver wisely stopped the train immediately, which averted a major tragedy.
According to the Southwestern Railway, the train had 2348 passengers on board. The accident happened at 3:50 a.m. when most of the passengers were asleep. All passengers and crew were safe in the crash. Passengers say that when the rocks started falling, they felt an explosion