Skip to content
HomeLatest NewsWhen he did not return from Saudi Arabia his wife committed suicide
The woman’s husband was in Dammam, Saudi Arabia, without residency, and had not been to Pakistan for five years 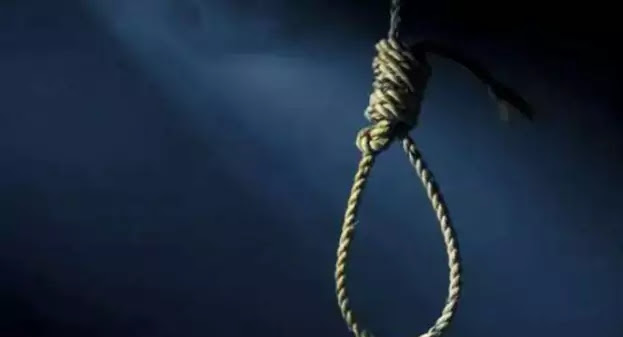 Karachi – Wife committed suicide when her husband did not return from Saudi Arabia. According to details, The mother of five took this extreme step after her husband, who lives in Saudi Arabia, refused to repatriate her. She was moved to Abbasi Shaheed Hospital for posthumous assessment. The woman was identified as a 32-year-old Wafa’s wife Rafiq.
According to the woman’s brother-in-law, her sister-in-law was the mother of five children and her brother has been living in Dammam, Saudi Arabia for the past three years without residency, so he could not come to Pakistan.
The brother-in-law was constantly insisting that the brother should come to Pakistan. Even today there was a phone conversation between the brother and the brother. Meanwhile, the brother refused to come to Pakistan immediately. ۔
On the other hand, 20-year-old Zameer Ahmed Rind, a laborer in a building under construction on Old Municipal Road, within the limits of Jacobabad City Police Station, committed suicide by strangling himself, according to police.
Tha Zameer committed suicide. Upon receiving the information, the heirs of the slain youth reached and took the body of the youth to their village in an ambulance. According to the police, the young Zameer Rind committed suicide for not getting married.
In another incident, husband Khalid Jakhrani shot dead his wife, 35-year-old Zamir Waldjia, in a domestic dispute in Qasba Abdul Majeed Jakhrani, within the limits of Jacobabad’s Saddar police station, and escaped, according to police.
She was living in her father’s house and was asking for divorce from her husband. Unidentified gunmen attacked and killed her. They are directing further examination concerning the episode.