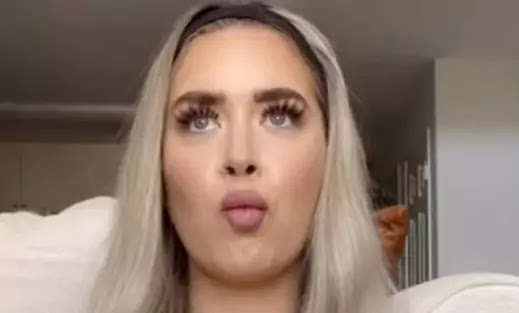 NEW YORK (Monitoring Desk) – Why do iPhone users go to the Apple Store for free repairs to damaged iPhones? An Apple Store employee has said some interesting things in this regard.
According to The Sun, an employee named Emma said in a video posted on her tick talk account @emmatainment that people come to the Apple Store to fix their bad iPhone and tell all kinds of lies but they don’t know that Apple The store staff immediately catches them lying.
Emma says that people’s phones fall into the water and get damaged and they come to fix it for free and lie that they have stopped walking.
When they are told that their phone has fallen into the water, they do not believe it and say that the water has not even passed near their phone, although when the phone is opened, there are still drops of water inside.
In such a case, someone should ask these people if their phone did not fall into the water, then they are sweating
Emma said that most consumers come to the store and lie that they have already repaired their phone from the Apple Store and at that time they bought Apple Care.
They don’t know that the Apple Care Plan is linked to the phone’s serial number, and the staff knows which users have purchased Apple Care before and which have not.
Emma said that some people come and lie that their manager had promised that when their iPhone breaks down, they will fix it once for free. This tactic of the people never works