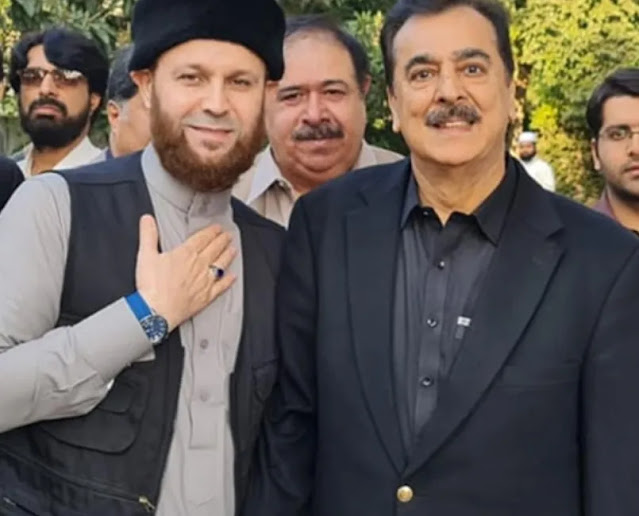 Nowadays, there is a lot of talk in Pakistan about Mullah Ali Kurdistani, a ‘spiritual’ figure from Iraq who is known to be able to treat deaf and dumb children with his tail. People from different cities of Pakistan are bringing their children to them for treatment and their addresses and phone number are being asked on social media.
On the other hand, videos and photos of their meetings with government leaders are also being shared. These leaders include National Assembly Speaker Asad Qaiser and Firdous Ashiq Awan. At the same time, there are reports that Mullah Ali Kurdistan was detained in Saudi Arabia on fraud charges and that police have taken action against him in Iraq and Turkey.
Some people on Facebook have challenged that if Mullah Kurdistani corrects a deaf and dumb person, he will be given a reward of one crore rupees.
Dr. Ashraf Nizami, President of Pakistan Medical Association Lahore, told Independent Urdu correspondent Fatima Ali in this regard that The magic continues. Not far from them, today someone came from Iraq, tomorrow someone may come from Saudi Arabia.
“We, as the Pakistan Medical Association, believe on a scientific basis that there is a psychotherapy but miracles like this are not possible,” he said. We believe in evidence-based things. Now a servant who speaks Arabic will have a similar outfit, so obviously, the common people here will be impressed by it. But as a doctor, I think such miracles probably don’t exist.
If medical institutions are declaring Mullah Kurdistani’s treatment as magic, are the authorities taking any action against him? In response to this question, Islamabad Mayor Hamza Shafqat told correspondent Mona Khan, “Unless they break any law, we cannot take any action against them. According to the information that has reached us, they are reciting the Qur’an or reciting Dum Durood, it does not fall under any lawbreaking.
I have heard that a spiritual healer has come to Islamabad,” Hamza Shafqat wrote on Twitter, announcing his disassociation with Mullah Ali. People are contacting us to make an appointment with them. Explain that our office has nothing to do with Maulana (Kadha). Thanks

I have heard that there is some faith healer in Islamabad. People are approaching us for getting appointments. It is clarified that our office has no connection whatsoever with the Maulana. Thank you

Who is Mullah Ali Kurdistani?
Controversial ‘spiritual healer’ Mullah (above Z) Ali Kurdistani, popular on social media, arrived in Pakistan on November 1. He first stayed in Lahore and nowadays he has come to Islamabad where thousands of people are coming to him for treatment.
Mullah Kurdistani shows the videos of his ‘treatment’ live on his official Facebook page, and also uploads them on YouTube. Kurdistani said last week on Samaa TV’s Qutb Online program that he “spiritually cures” various ailments, although some ailments take months or years to cure, for which medication is required.
Kurdish videos on social media are also viral and hundreds of people keep asking for their addresses.
Controversial personality
Mullah Ali Kurdistani is from Iraq and calls himself a “sage”. But he is a controversial figure. Raids have been carried out in Turkey to arrest him, and in Iraq and Saudi Arabia.
He treats people “spiritually” in various countries in the Middle East and promotes his treatment on social media. There are various videos on his YouTube channel that show him extracting jinn from people and treating incurable diseases.
He also set up an office in Istanbul where they were to be treated. The people seeking treatment from Mullah Ali Kurdistani had sent this request for treatment through social media.
A family who came for treatment complained after watching Mullah Ali Kurdistani’s treatment, while a man also made a video of the treatment in which an assistant of Mullah Ali Kurdistani was seen beating the patient’s legs with sticks. Could
But the next morning there was again a throng of people outside his office, including people from the United States and Germany. After the video surfaced, Turkish authorities raided Mullah Ali Kurdistani’s office and sealed it off, while raids were carried out to arrest Mullah Ali Kurdistani.
Earlier, in the year 2020, Mullah Kurdistani was also arrested in Saudi Arabia. Two days before his arrest, he claimed to have returned sight to a blind man in Medina.
Medina police said the reason for his arrest was a fraud.
According to the online newspaper Rudaw, Mullah Kurdistan’s clinic is located in the town of Klik, 40 kilometers from the city of Erbil, which has been closed several times by Iraqi health officials. He has been arrested several times by the Kurdistan Region.
Earlier in 2017, Mullah Kurdistani had claimed that the then US President Donald Trump had the shadow of demons and he could cure him by hitting him on the soles of his feet with sticks. 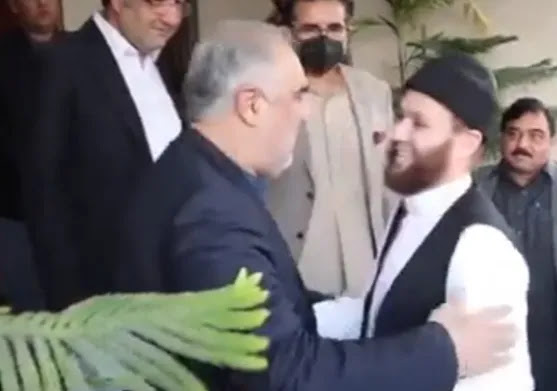 “People don’t stop.”
According to the Turkish newspaper Hurriyet, Mullah Ali Kurdistani’s aide used to enter the names and phone numbers of people who came to his office for treatment and was told that only a limited number of people should be admitted to the course for treatment. Yes, but despite the repeated warnings to the crowd, the people who come for treatment do not stop.
According to details, during the raid on his office, police found sticks, pieces of wood, a stretcher, and several books with pictures of Mullah Ali Kurdistani printed on them. All of these things were used in this ‘treatment method’. During the raid, authorities also encountered people who were defending Mullah Ali Kurdistani, saying, They are treating us. Why did you file a complaint against them? ‘
One of my children has autism,” Mustafa Kaplan told Hurriyat. I heard that a man named Mullah Ali Kurdistani had come to Turkey and was treating patients in Basak. We knew it was impossible to treat children with autism, but we went to see her. When I entered his office, I saw him holding the heads of the children and reading something. They then took a child into a separate room and began hitting him on the legs with a stick a foot and a half long. He then told the children’s parents that the process would continue for a year and that they would come for check-ups every two months. He said that was his treatment and that he received 200 lire.
The child of a mother named Flaise Dougro also has autism. Our only hope at the moment is Mullah Ali Kurdistani, who has come from outside she said. The man was deported from his home country, was arrested in Saudi Arabia, and works in Uzbekistan.
According to the Hurriyat newspaper, another man said that his child could not hear. They approached Mullah Kurdistani, who charged him 1,400 lire, and pulled out the child’s ear, and struck him on the back with a stick. They then gave the child some medicine which was something like toffee.
Ahmed Azkaya, from Germany, said: We are from Germany. We didn’t even get our residence permit, but they are not here. We will not wait for them anymore. We heard about them on social media and took it for granted.
Ahmed’s wife, Maryam Azkaya, says: “We are waiting for our baby to talk and walk. But they have demanded 25,000 euros from us.
The mother of a child with autism said: Our hopes are with one person, Mullah Ali Kurdistani. He was first deported, then arrested in Saudi Arabia, and is now working in Uzbekistan. Many people see and believe them on social media