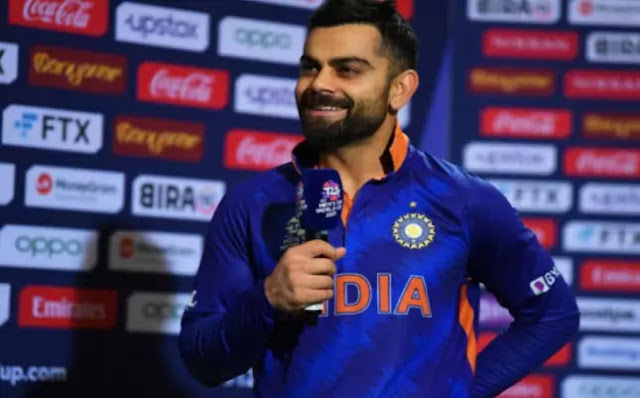 Dubai – Indian cricket team captain Virat Kohli has said that I think it is time to give a chance to the new captain to take the team forward. The Indian captain said that Rohit Sharma is definitely on the team. Are there and now they are looking at things.
Talking after winning the toss against Namibia in the World Cup, he said that the toss was a big factor during the tournament so whenever we won the toss, it was very important because it helped us to do that at the beginning of the match. There is an opportunity that we wanted to do. Talking about his captaincy, he said that it was a matter of pride for me, I got this opportunity and I tried to give my 100 percent performance. It’s time to move on and be proud of the way the Indian team has performed in this period.