Skip to content
HomeLatest NewsWeekly applications of Rs 7 billion are being received for the housing scheme Imran Khan
Spread the love
In excess of 70,000 lodging projects worth Rs 1.4 trillion have been endorsed. If the construction industry is affected by Rs 7.3 trillion, 1.2 million jobs will be created. Meeting on New Pakistan Housing chaired by Prime Minister Imran Khan 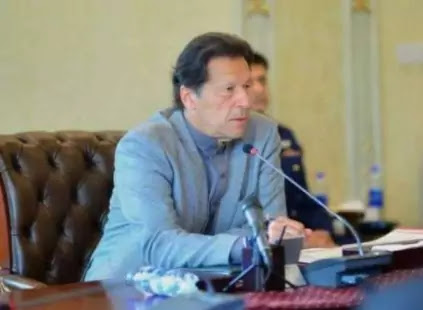 ISLAMABAD – Prime Minister Imran Khan has said that applications of Rs 7 billion are being received weekly for the housing scheme, Rs 4 billion has been approved and Rs 2 billion is being distributed every week, worth Rs 1.4 trillion. More than 70,000 housing projects have been approved, affecting the construction industry by Rs 7.3 trillion, creating 1.2 million jobs.
According to media reports, a meeting of the National Coordinating Committee for Housing was held under the chairmanship of Prime Minister Imran Khan. The meeting was attended by Federal Ministers Shaukat Tareen, Fawad Chaudhry, Farrukh Habib, Governor State Bank, and others.
The Prime Minister was informed in the briefing that for the first time in Pakistan a system of low-cost housing has been set up and the foreclosure law has been properly implemented. The private sector has been encouraged by a subsidy of Rs 3 lakh and a 90 percent tax exemption for the schemes.
PM Imran Khan said that 35,420 applications of Rs 130 billion have been approved, so far Rs 46 billion has been provided to 13,407 applicants, weekly applications of Rs 7 billion are being received, Rs 4 billion. Manzoor and Rs 2 billion are being distributed every week.
Prime Minister Imran Khan said that more than 70,000 housing projects worth Rs 1.4 trillion have been approved, which will affect the construction industry by Rs 7.3 trillion and create 1.2 million jobs.
He said that the government has achieved a great milestone in providing low-cost housing, the biggest beneficiaries of subsidized loans are the middle and low-income class, housing finance has increased by 148% in the last three years of government.
Construction and supply of housing to the lower and middle-income groups will accelerate