We have a majority in the Senate the Chairman of the Senate is our right - 10bmnews Skip to content
Demand is not new for our chairman senate, it is a fixed issue. PPP leader Qamar Zaman Kaira talks 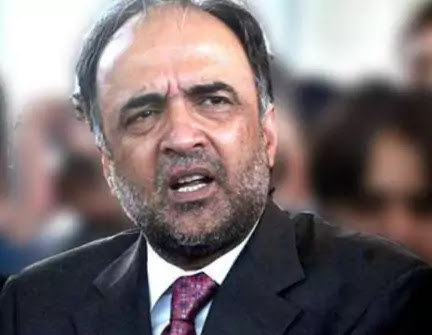 ISLAMABAD – Qamar Zaman, Advisor to the Prime Minister and Senior Leader of PPP, has said that the demand for our Chairman Senate is not new, it is a fixed issue. Talking to Shahzeb Khanzada, he further said that we have a majority in the Senate, and Chairman Senate is our right.
The PPP did not demand more than its share. We had already ordered the post of Governor Punjab and it was decided that if there is an impasse in it, it will be resolved in a day or two. Qamar Zaman Kaira further said that the coalition parties have some issues but they will not become a deadlock.
According to the report of ARY News, the ruling coalition got into trouble and the coalition parties could not decide on the ministries, the unclear policy of PML-N became an obstacle in the announcement of the federal cabinet.
After the promise from the PPP, the PML-N began to shy away from the governorship of Punjab. The PML-N proposed Ishaq Dar’s name for the Senate’s chairmanship. The PPP leadership reacted strongly to the proposal of Ishaq Dar.
Rana Sanaullah says that Yousuf Raza Gilani should become the chairman but let the court decide. The PPP leader said that he was surprised that the first governor, now the chairman of the senate, asked him to decide from the court. Is. The PPP chief further said that every one of the partners ought to be isolated from the PTI and we ought to be the underwriters.
The PPP leader said that if we want to give constitutional posts then PML-N has said no. Come to the cabinet. On the other hand, MQM Pakistan has decided to join the federal cabinet. He has contacted the QM leadership and persuaded them to join the cabinet