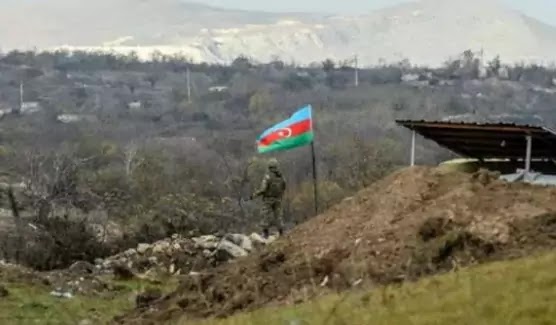 Waar broke out again between Armenia and Azerbaijan

Nagorno-Karabakh (10bmnews Latest News) Armenia occupied the territory of Azerbaijan for decades and massacred the Azerbaijanis there. He declared war on the Armenians and defeated the Armenians in a fierce battle. After two weeks of fierce fighting, they were victorious.

Both Armenia and Azerbaijan have been accused of violating the ceasefire, while the Azeri government says clashes have resumed in the area of ​​Nagorno-Karabakh on November 10, injuring several soldiers.

The Azerbaijani government says the Armenian leadership and media are spreading false propaganda against them. Although there has been silence between the two countries since the Russian mediation, Armenia may be seeking revenge for the defeat.

I have clashed, but it remains to be seen whether the two countries will be able to maintain the current agreement or whether they are ready to jump on the battlefield once again.