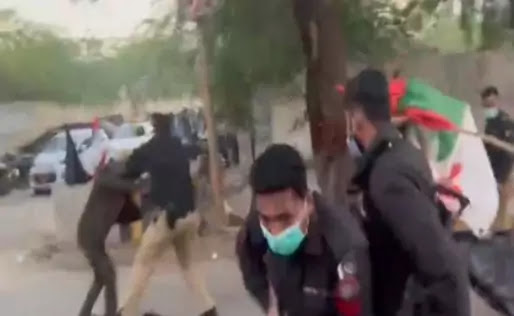 KARACHI – The Muttahida Qaumi Movement (MQM) has announced to file a murder case against Sindh Chief Minister Syed Murad Ali Shah over the death of its worker.
MQM Pakistan leader Khalid Maqbool Siddiqui has said that a murder case will be registered against Sindh Chief Minister Murad Ali Shah under the Terrorism Act. The MQM had announced a black day today. After the martyrdom of the worker, the black day will be observed as a day of mourning.
PPP counting days have started, Sindh Police is responsible for the martyrdom of a peaceful protesting citizen, we will cut FIR against Sindh Chief Minister for murder
It is to be noted that one MQM worker was killed and several others were injured when police used batons on the protesters.