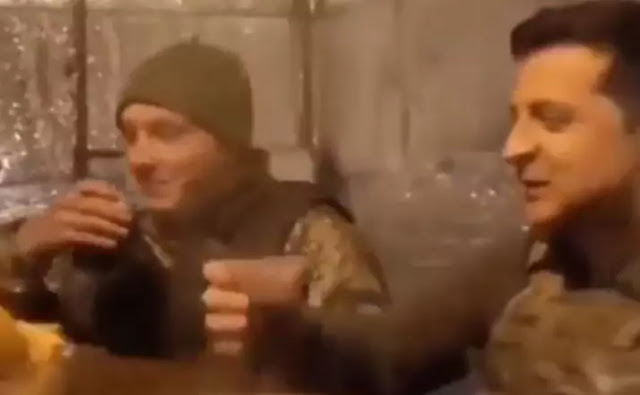 ISLAMABAD – Ukrainian President Vladimir Zelinsky has repeatedly appealed to NATO and the United Nations for help in a video message following the Russian invasion.
According to the details, the President of Ukraine Vladimir Zelensky, wearing a military uniform, while sending a message in the last video from outside the Presidential House, said that this may be my last video. No message was received from him after which it was thought that Vladimir Zelensky might have fled the country.
But recently a video went viral in which he was drinking coffee with Ukrainian soldiers at a military base. Social media users are virtualizing the video and at the same time praising their style and bravery

#Ukraine‘s president @ZelenskyyUa is in his military tent drinking coffee with his men, he personally coordinated the defence of #kyiv.#UkraineRussia #Putin #UkraineInvasion pic.twitter.com/3H00tVd6Hq