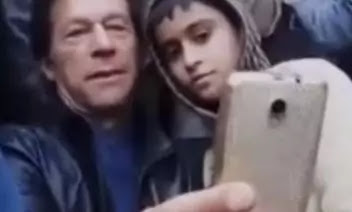 When the video was shared on Instagram, it was followed by a series of interesting comments from users, with most users openly praising the PM’s behavior, but some even likened it to politics. Meanwhile, a user Samar Chaudhry said that ‘just these payments are killed’.
Another user wrote that Banda was a very good team that was not found right Commenting on the video, a female user said that the intention of the Prime Minister is pure, I will always vote for Imran Khan for the rest of my life. In his comment, a user named Dr. Jawad Syed wrote that “this is what everyone does during a political campaign”. Another user asked, “Where is his mask?”