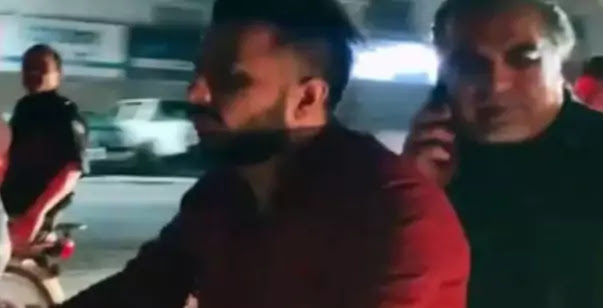 The PTI staged a historic protest near Johar Mor Millennium Mall in Karachi yesterday in which thousands of people participated.
Near Johar Mor, former Sindh Governor Imran Ismail took a lift on a motorbike to reach the Governor House, the video of which went viral.
In the viral video, it can be seen that Imran Ismail is traveling on a motorbike with a young man. Imran Ismail could be seen riding a motorbike to reach the Governor’s House due to the massive traffic jam following the PTI showdown against the removal of Imran Khan from the post of Prime Minister.
Along with the ‘Imported Government’, slogans were also chanted against PPP Chairman Asif Ali Zardari and the MQM flag was also burnt which was condemned by the MQM leaders.