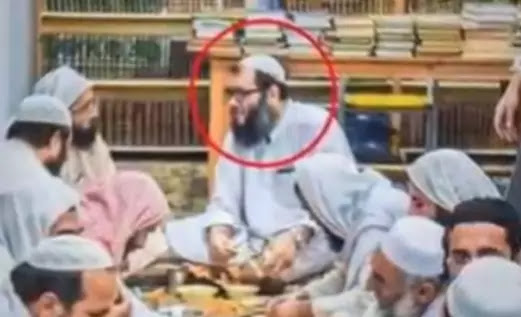 PESHAWAR – Well-known Khyber Pakhtunkhwa cleric Shaykh-ul-Hadeeth Allama Abdul Hameed Rahmati was shot dead by unknown motorcyclists today. His brother Sheikh Mohammad Rahmati was seriously injured in the attack.
According to details, Allama Abdul Hameed Rahmati, Deputy Ameer of Central Jamiat Ahle Hadith Khyber Pakhtunkhwa, was shot dead by unknown assailants on a motorcycle outside the madrassa.
His brother was also seriously injured in the attack and was rushed to hospital. Sheikh Mohammad Rahmati has been hit by six bullets and his condition is said to be critical in the hospital. Gathered outside the hospital, law enforcement agencies have sealed off the area and launched an investigation
On the other hand, the head of Central Jamiat Ahle Hadith Pakistan, Senator Prof. Sajid Mir, Nazim-e-Ala Senator Dr. Hafiz Abdul Karim strongly condemned the assassination of Allama Abdul Hameed Rahmati and said that Allama Rahmati was a great religious scholar, preacher of peace and He was a harmless person.
Read more: At the Peshawar airport, two Afghan nationals were apprehended and immediately arrested
The whole party is saddened and saddened by his martyrdom. He said that the chain of the martyrdom of Ulema is not new. Our Ulema has been targeted before and Ulema is being targeted and killed.
We have demanded that the government should immediately arrest the killers of Allama Rahmati. If the killers are not arrested then we will take direct action. We express our heartfelt condolences to the family and may Allah Almighty grant them the courage to bear this great trauma
Read more: Video of public violence against young girls by police officers goes viral