Skip to content
HomeLatest NewsTwo important figures are about to emerge in the region
Spread the love
Prominent journalist and senior analyst Dr. Shahid Masood’s shocking claim came to light 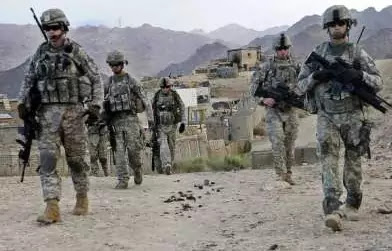 Islamabad – Senior Analyst Dr. Shahid Masood while speaking in a program of a private TV channel said that two important personalities in this region are about to appear in front of the world again. The name is Abu Bakr al-Baghdadi. Because the situation in Syria, etc. was very bad, so now they may come out of Central Asia, Afghanistan, or somewhere around.
What I am saying is that the chain of ISIS and Khorasan is about to start here. Let me tell you the reason. I’m one of the few people who keeps following events like this. Abu Bakr al-Baghdadi’s spokesman is named Risala al-Naba. Another personality is about to appear.
The other is Ayman al-Zawahiri. These two personalities are the ones whose names have started appearing in the international radars.
It is better that we remind people in Pakistan that these two personalities will appear somewhere around. It should be noted that Ayman al-Zawahiri was the deputy of Osama bin Laden, the founder of Al-Qaeda, whose whereabouts have not been known for many years, and whether he is alive or dead.
Abu Bakr al-Baghdadi, on the other hand, founded the Islamic State of Iraq and the Levant (ISIL) and occupied parts of Iraq, establishing his government there under the name of Islamic State, and ISIL has been implicated in the Syrian civil war. In the past, various claims have been made regarding the assassination of Abu Bakr al-Baghdadi, which have since been denied.