Skip to content
HomeLatest NewsTransporters withdrew fare hike on reduced petrol and diesel prices
Spread the love
Transporters had increased Rs 100 to Rs 200 on increase in prices of petroleum products. 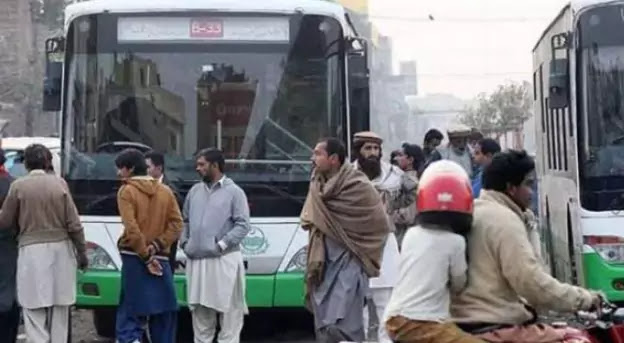 Lahore – Transporters in Punjab withdrew the increase in fares due to a reduction in the price of petrol and diesel. The increase has been withdrawn. According to City 42, the Punjab Intercity Bus Owners and Operators Union has announced a reduction in fares after Prime Minister Imran Khan reduced the price of petrol and diesel by Rs.
Transporters had recently increased fares from Rs 100 to Rs 200 on the back of rising oil prices. Now that the price of petrol and diesel has come down, the increase in fares has been withdrawn.
A consultative meeting of the Punjab Intercity Bus Owners and Operators Union was held under the chairmanship of Haji Khalid Gujjar to withdraw the recent fare hike.
The meeting was attended by Irfan Niazi, Chaudhry Adnan Majeed Gujjar, Malik Ramzan Akbar, and Chaudhry Ijaz.
The meeting was also attended by Rana Ashfaq, Waheed Abdul Aziz, Sultan Shah, Shehzad Noor, Baba Rehmat Ali, Malik Manzoor Ahmed, Rana Tanveer, and Shakeel Ashraf Butt. He said that the government was giving a subsidy of Rs 70 billion per month. If the subsidy is not given then petrol in Pakistan should be Rs 220 per liter.
One recommended an increase of Rs 10 in the summary recommendation, instead of increasing the government is reducing the price of petrol and diesel by Rs 10 per liter, also reducing the price of electricity by Rs 5 per unit, building 10 dams in Pakistan, making it cheaper. Electricity will be generated, reducing the cost of electricity will reduce it by 20 to 50 percent.
Don’t raise oil and electricity prices until the next budget. On the other hand, PML-N Central Vice President Shahid Khaqan Abbasi while talking to media said that those who advised others not to panic were themselves panicked. Instead of escalating, there will be difficulties for the next government.
Chairman PPP Bilawal Bhutto while addressing the public march said that the Prime Minister got frightened by the two-day public march of PPP, petrol became cheaper by 10 rupees and electricity by 5 rupees, think! How much lower the price of petrol and electricity can be after reaching Islamabad? We do not accept the IMF government, it is time for reckoning, we are coming to Islamabad