Elections should be held in four months by bringing change in the House. He does not know anything about who is negotiating with whom. Former Defense Minister Khawaja Asif’s statement in the interview 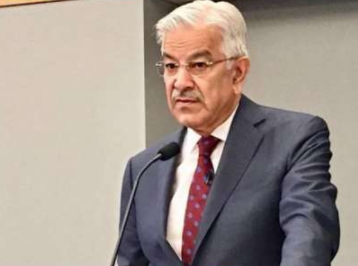 He further said that all six will come out in four to six months. Imran Khan and PTI have been weakened due to corruption and inflation.

It was thought that Imran Khan would change Pakistan but he has destroyed it. Khawaja Asif said that Imran Khan has become weak because of his politics. Sometimes I think that the real Imran Khan was or is a container. PTI didn’t satisfy any of the guarantees.

Khawaja Asif said that behind the statements made by Asif Ali Zardari, there is a sense of desire, Asif Zardari’s political aspirations are well understood.

Zardari wants his craft as a politician. The PML-N leader further said that allegations have been leveled against us for the last 30-35 years. I think there should be a balance in the relations between the parties.

He said that Nawaz Sharif did not have a name in Panama Lakes. If he had a name, he would not have been disqualified for taking a salary from his son. Khawaja Asif said that he did not know anything about who was negotiating with whom.

He said that Rafiq Tarar was a judge of the Supreme Court so we made him president. Saqib Nisar was the law secretary when he was made president