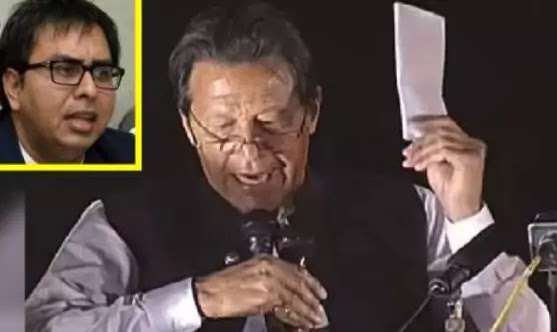 According to Shahbaz Gul, the letter was hidden from Shah Mehmood Qureshi and Prime Minister Imran Khan, then Shah Sahib was given a secret report by a patriotic officer, Shah Sahib received the message and delivered it to Prime Minister Imran Khan, it was advised to shut up now. Khan sahib doesn’t talk about it yet, don’t mention the repeated post.
Earlier, Pakistan Tehreek-e-Insaf (PTI) Vice Chairman Shah Mehmood Qureshi said that a meeting of the National Security Committee was held today on the US conspiracy letter and its statement was not new. If this is to be the case then I ask the Prime Minister what has been gained from this meeting.
This meeting has created more problems for you. You should take note of the press conference of the Home Minister. It is such an important issue but the Home Minister talks on ECL for 12 minutes, then there was talk of providing foolproof security to Imran Khan.
People’s suspicions grew as to why this cover-up? The government has further tarnished its image. The only solution is to set up a Judicial Commission headed by the Chief Justice of the Supreme Court or at his discretion. Let there be an open hearing and get to the bottom of the matter of whether there was a conspiracy or not, the nation is interested in it.
For this commission we have sent a letter to the service of the Supreme Court, they can read the letter, and they can also take Sumoto notice. PTI wants to ask a few questions. In the questions from PTI, it was stated that the declaration of the meeting confirmed our position. The post is true and every word of Imran Khan was true. The declaration proved that I was interfering