Skip to content
HomeLatest NewsThere is no reality of foreign conspiracy
There is a difference between conspiracy and interference. Strict language is used in diplomatic correspondence but it does not mean that conspiracy is taking place. Former Ambassador Maleeha Lodhi 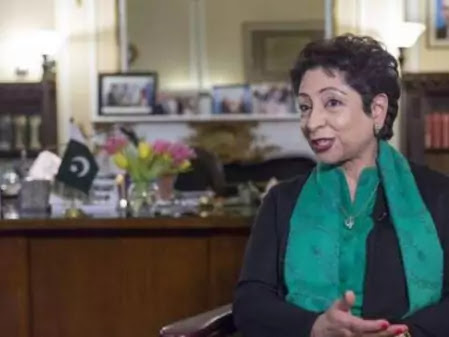 ISLAMABAD – Former Pakistani Ambassador to the United States Maleeha Lodhi has said that there is no reality of foreign conspiracy. There was nothing in his foreign policy that made the United States angry enough to conspire. He said there was a difference between conspiracy and intervention.
Strict language is used in diplomatic correspondence but it does not mean that conspiracy is taking place. Maleeha Lodhi said that there is no reality of foreign conspiracy. While giving a press briefing, he said that the purpose of today’s press briefing was to inform about the national security situation. Any kind of question can be asked after the press conference.
Initiating the press conference, he said that two days ago a formation commander conference was held under the chairmanship of the Army Chief. Giving a briefing on the campaign against the Pakistan Army on social media, the DG ISPR said that the people and political parties are requested not to drag the army into politics, we want to stay out of it. This effort has not been successful before and will not be successful now. It is better to leave the decision to the law.
Propaganda is illegal, against the national interest. Unfounded misconduct is not acceptable, constructive criticism is appropriate.
When DG ISPR was asked about the declaration of the National Security Council regarding the secret letter, he said that there was no word of conspiracy in the declaration of the National Security Committee meeting and no one would be allowed to look down on Pakistan.
The DG ISPR further said that the options were not given by the Establishment, a message was received from the Prime Minister’s Office after which 3 options were discussed. ۔ The DG ISPR added that caution should be exercised when talking about nuclear weapons