Skip to content
HomeLatest NewsThe Unidentified men set fire to a PTI camp in Lahore
Chairs, tents, and banners in the camp were burnt due to the fire, the investigation was started. 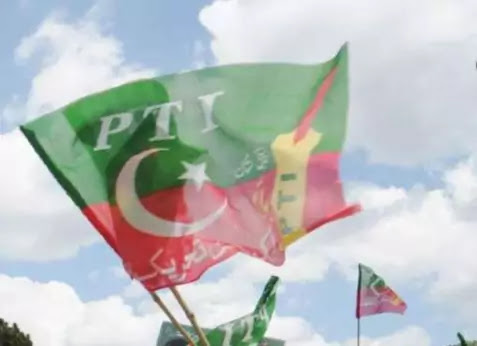 Lahore – The Unidentified persons set fire to the PTI camp in Lahore according to Geo TV report, unknown persons set fire to the Pakistan Tehreek-e-Insaf camp at Bhati Gate. PTI workers say that the camp was set on fire by unknown persons who burnt the chairs, tents, and banners in the camp.
Police personnel has also reached the spot affected by the fire and an investigation has been started into the incident. On the other hand, preparations for the government meeting are in full swing.
Humayun Akhtar Khan has said that the meetings of Prime Minister Imran Khan held in different parts of the country in the last two weeks have proved that the people reject the politics of prostitution and concealment of theft. Participation in large numbers is a public referendum against those who have set up a buying and selling market in Sindh House.
In his statement, Humayun Akhtar Khan said that the people have seen their true faces due to the negative activities of the opposition. He said that Prime Minister Imran Khan has proved by standing in front of the opposition parties that he is a principled and brave leader and that is why today people across the country are standing by Imran Khan’s side.
Humayun Akhtar Khan said that those who want to push Pakistan back into darkness, the whole nation has decided to be a wall in their path and inshaAllah Pakistan will reach new heights in the field of development. He said that the March 27 rally at Parade Ground would set a new record and like Minar Pakistan, this rally would continue to dominate the politics of the opposition for many years to come.