Skip to content
HomeLatest NewsThe three-day gathering will be held on March 13-16. The meeting has been approved
Spread the love
PTI decides to gather overseas Pakistanis in Islamabad 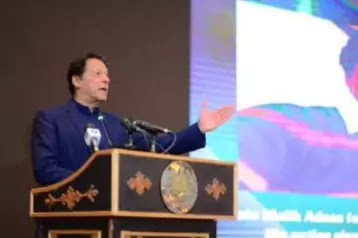 ISLAMABAD – Pakistan Tehreek-e-Insaf (PTI) has decided to hold a gathering of overseas Pakistanis in Islamabad on March 13-16. According to details, approval has been given to hold a gathering of overseas Pakistanis in Islamabad in which elected officials of PTI branches from all over the world will participate, for which Europe, America, and other parts of the world including Central Asia.
Delegates from different parts will also be invited. Prime Minister Imran Khan will address the gathering as Chairman PTI.
It has been reported that in this regard, the representative of PTI Overseas International Chapters Abdullah Riyad had a meeting with PTI Secretary-General and Federal Minister Asad Umar. Overseas Pakistanis have been by Imran Khan’s side since day one. This gathering of overseas Pakistanis will prove to be an important milestone in the country’s political history.
Meanwhile, Federal Interior Minister Sheikh Rashid Ahmed has said that in the next elections, Overseas Pakistanis will be the backbone of PTI and will get a lot of support because Imran Khan has huge support from overseas Pakistanis.
No one has the popularity like Khan and PTI, the next voter lists will also be published pictures of voters and at present, there are more than 120 million registered voters in the country. Constituency wise election facility will be provided in which those with temporary and permanent numbers will have options.
Talking about the electronic voting machine, he said that the Prime Minister has formed a committee on an electronic voting machine that will work out issues with the Election Commission.
As a result, fortunately, we got incompetent opposition. When Fazlur Rehman came to Islamabad, it was time for protest. Now the train of opposition has been missed. The reason is, they should be punished for it, Imran Khan will complete 5 years