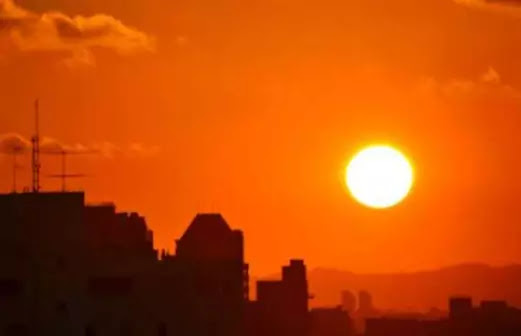 Lahore – Temperatures are likely to reach 50 degrees Celsius, Pakistan is engulfed in scorching heat, and foreign meteorologists have expressed concern over the long summer in Pakistan.
According to a report published in Jang News, Scottish meteorologist Scott Duncan has expressed concern over the long summers in Pakistan and India, saying that Pakistan and India have been experiencing heat since the beginning of March. Both countries are in the grip of scorching heat.
Temperatures could reach record April levels during the current summer. The meteorologist in Scotland said that the temperature in some parts of Pakistan could be up to 50 degrees Celsius.
According to foreign meteorologists, as our planet gets warmer, the heat waves will become more intense. On the other hand, according to the Meteorological Department, the daytime temperature in the southern and central parts of the country is likely to be 6 to 8 degrees above normal while the upper areas are likely to be 5 to 7 degrees Celsius higher.
Meanwhile, the National Disaster Management Authority (NDMA) has issued an alert for an extraordinary rise in temperature across the country from Tuesday to May 2. A heatwave alert has been issued for many cities of Punjab including Lahore before the arrival of Eid.
Experts predict a worsening heatwave in the coming days. According to City 42 News, PDMA has also issued an alert in this regard.
According to the issued alert, there is a possibility of an unusual increase in the intensity of heat in Punjab. According to the PDMA report, many areas of Punjab will be affected by the scorching heatwave from April 26 to May 2, with the possibility of an increase in temperature of 7-8 degrees Celsius. All concerned agencies have been directed to remain alert in view of the onset of an intense heatwave.