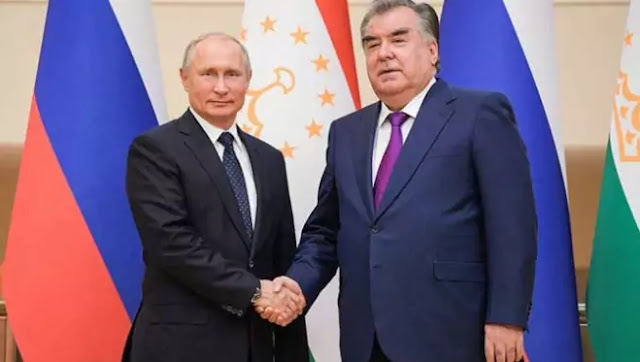 Russian President Vladimir Putin has said the security situation on the Afghan-Tajik border is a matter of concern.

He made the remarks during a meeting with Tajik President Emomali Rakhmonov in St. Petersburg.

According to reports from Moscow, Russia, in line with its agreement with Tajikistan, has sought to reduce the threat by strengthening its military base with weapons, while also providing assistance to Tajik forces.

According to the news agency, Russia said earlier this month that its forces had conducted exercises with missile defense systems in Tajikistan.