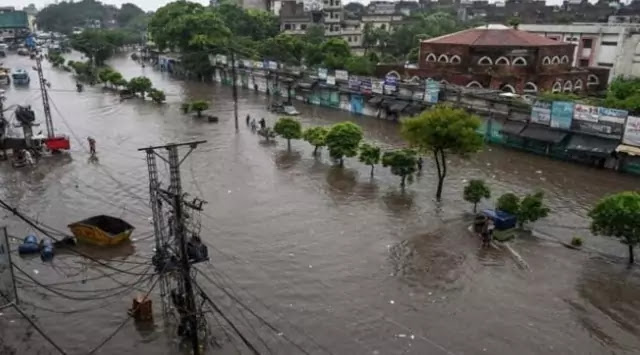 Heavy rains and snowfall are continuing across the country. The second wave of westerly winds is likely to enter Balochistan from this evening.
According to the Meteorological Department, heavy rains and snowfall are expected in Balochistan.
The Meteorological Department has also issued a new flood warning for the canals. According to reports, water has accumulated in the streets and alleys of the city after heavy rains in and around Quetta Valley.
According to Casco officials, the rain has affected the city’s power system and 15 feeders have tripped.
On the other hand, intermittent light rain is expected in Lahore tonight and Wednesday. Rain is also expected in Hyderabad, Nawabshah, Khairpur, Sukkur, Ghotki, Obaro, Rahim Yar Khan, Multan, and Rajanpur.
After the rain in Islamabad, the weather turned beautiful while in Peshawar the cold has increased due to rain