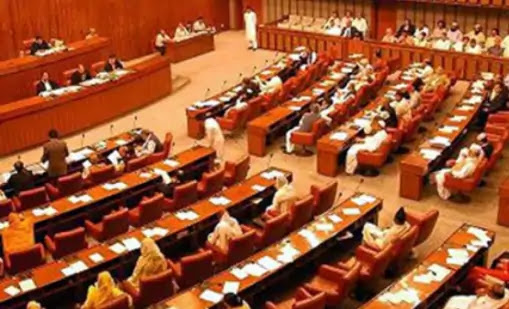 ISLAMABAD – The SBP amendment bill was passed in the Senate, with 43 votes in favor and 42 against.
The Senate met under the chairmanship of Senate Chairman Sadiq Sanjrani. Initially, the number of government senators was small due to which the bill was not introduced despite being included in the agenda which was also protested by the opposition. The meeting was adjourned for a while, after which the bill was presented for approval, with 43 votes in favor and 42 against.
Opposition leader Syed Yousuf Raza Gilani did not appear in the Senate while opposition leader Dilawar Khan voted in favor of the government on the bill. The bill was passed