Skip to content
HomeLatest NewsThe results of removing Imran Khan will not be good
Spread the love
If Imran Khan is sent home then inflation, tax collection, and law and order will not improve. 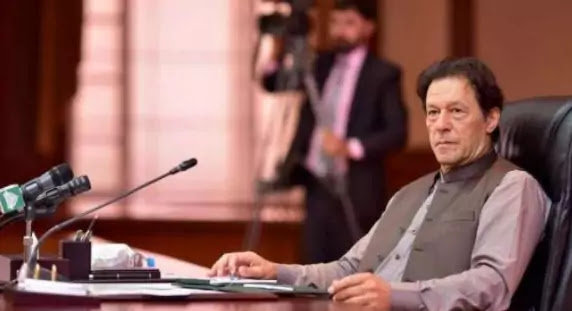 ISLAMABAD – Senior analyst Haroon Rashid has said that both Asif Ali Zardari and Nawaz Sharif want freedom from looting. Corruption has not diminished, bureaucracy is looting. Talking to Sarwat William, the host of the program, he said that Imran Khan will have many shortcomings and flaws but he will not run away. The arrival of Bill Gates in Pakistan is a success of the government.
There is nothing wrong with the way Imran Khan sat Bill Gates. Haroon Rashid further said that if Imran Khan is sent then inflation, tax collection, and law and order will not improve. He said that although the people were narrow-minded, they would not support the opposition.
Earlier, Haroon Al-Rasheed had said that according to my estimation, Imran Khan’s government is not going till 2023, there is no chance of his coming after 2023.
People are unhappy with them, petrol is a problem for the whole country. Haroon Al-Rasheed said that the price of petrol in the world market will remain at 90 to 100 dollars. He said that Pakistan Tehreek-e-Insaf (PTI) has shown some improvement in the Khyber Pakhtunkhwa (KP) local body elections. The problem with PTI is that they cannot issue tickets properly. Has won more seats in the group and lost all the PTI candidates.
That member of the Provincial Assembly is still in the Pakistan Tehreek-e-Insaf. Now the same will happen in Punjab, it is not known in Punjab who will run the campaign. They have no preparation, they will lose badly. Haroon Al-Rasheed said that a meeting of the Jahangir Tareen group was held. The majority of members said that PML-N should join, some are in favor of remaining independent and some are in favor of joining PML-N.