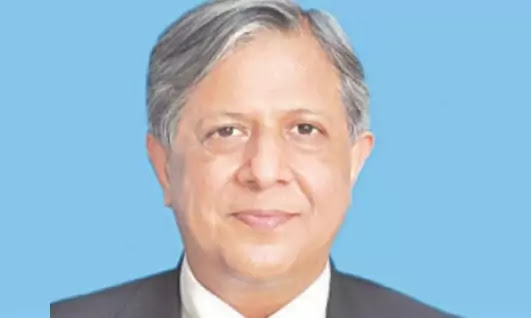 ISLAMABAD – Senator Azam Nazir Tarar of Pakistan Muslim League-Nawaz (PML-N) has said that the group of 6 senators in the Senate is not hidden from anyone, some senators from Balochistan due to personal reasons. Could not come
Speaking on a private TV program, Azam Nazir Tarar said that the government had not completed its count in the morning. Is it right to throw all the rubble on Yousuf Raza Gilani and PPP or not? I don’t think it is appropriate to answer this, Yousuf Raza Gilani himself can give a better answer
Senator Palwasha Khan, who was present on the occasion, said that the wreckage of senators’ absence should not be laid on PPP. The bill related to SBP was not discussed for one minute.
He said that if this bill was so good for the country’s economy and Pakistan then there was no need to hesitate and bring it through the back door, the government should have brought it in a big way.
Another guest of the program, Federal Minister for Science and Technology Shibli Faraz said that every defeat has some reason or other, the opposition opposed the bill just to show Let’s talk, how many members of PML-N were absent? This bill was to be passed in a time frame, so it was not discussed.
Shibli Faraz said that PML-N has neither the help of individuals nor the help of the parliament. Where the resistance is crushed, their position changes. There were 43 votes in favor and 42 against