Skip to content
HomeLatest NewsThe plane crashed into the sea and sank. How was the pilot rescued from the wreckage
Spread the love 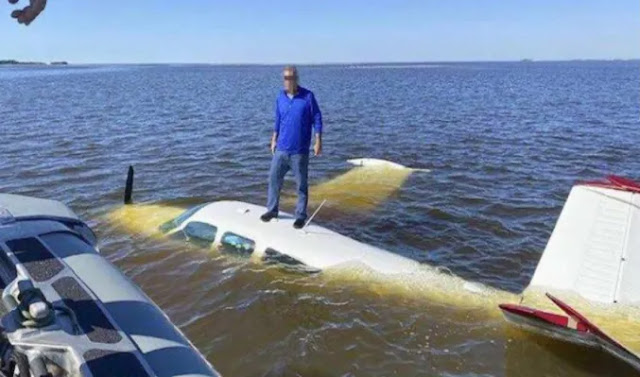 NEW YORK – The pilot of an airliner that sank in the United States has been rescued from a drowning spot in the United States.
According to CNN, the incident took place 100 miles off the Gulf Coast of Florida, near the shores of Cedar Key, where U.S. Customs and Border Control Protection officers accidentally passed by where the pilot of the plane that crashed into the sea sank. Was standing on
This small plane was almost completely submerged. Only part of his tail and body were out of the water on which the pilot was standing.
Officers transferred the pilot from the plane to his boat and provided first aid. There was only one pilot on the plane who fortunately managed to get out of the plane after it crashed into the ocean.