Skip to content
HomeLatest NewsThe opposition agreed to follow the policy of waiting till 12 o’clock at night
The opposition will wait and will not provide any excuse for any wrongdoing. A clear message will be given to the Speaker to ensure the voting process till 8 pm. Opposition agrees 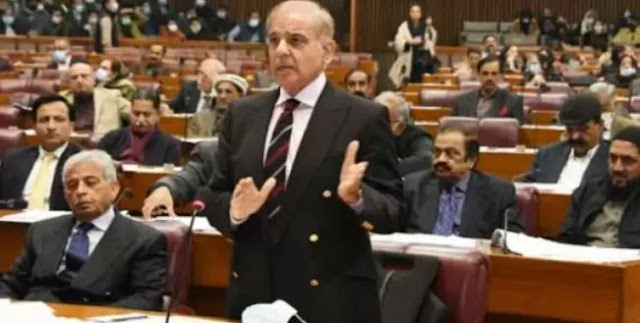 ISLAMABAD: The government and the opposition have agreed to resume the National Assembly session on April 09, 2022. According to media reports, the opposition has decided that the opposition will wait and will not provide any excuse for any wrongdoing.
The opposition agreed that a clear message would be given to the Speaker to ensure the voting process till 8 pm.
The opposition agreed to follow a wait-and-see policy until midnight. It may be recalled that the sitting of the National Assembly has been delayed. The position of the National Assembly Secretariat officials on the issue of a referendum on the no-confidence motion came to light.
Officials of the National Assembly Secretariat said that the Speaker was told that implementation of the decision of the Supreme Court is inevitable. Voting today is unavoidable.
It may be recalled that the six-point agenda of the meeting to be convened on Saturday for voting on the no-confidence motion in the National Assembly was released yesterday. According to a statement issued by the National, Assembly Secretariat has been.
According to the six-point agenda, the meeting started with a recitation of the Holy Quran, then after the recitation of Hadith and Naat, the national anthem was played.
After this different inquiries will be added after which Faheem Khan will raise the issue of non-installment of compensations to the councilors in the cantonment board on the notification.
The fourth item on the agenda is voting on the no-confidence motion. Disagreement Mian Muhammad Shahbaz Sharif had requested a vote on March 28, 2022, by presenting the following resolution.
He said that he has no confidence in Prime Minister Imran Khan and as a result, he should resign under Article (4). In addition to the point of order, matters under Rule 18 will be taken up while the rising prices of petroleum products will be discussed in the Attention Notice.