Skip to content
Home Latest News The movement may be late to bring confidence
The government has the majority of 7 votes at this time. Lie leader Rana Sanaullah claims 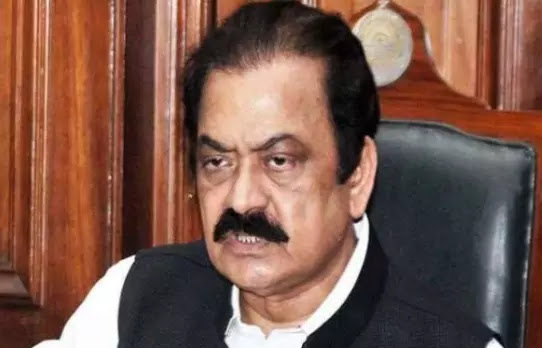 LAHORE – Talking to the Private TV Channel Geo News program, the leader N League Rana Sanaullah claimed that the government has the majority of 7 votes at this time.
He said that the opposition is making serious efforts to bring non-confidence. Rana Sanaullah said that PML-Q leader Tahir Bashant Chima said that the movement was not discussed in the meeting with Imran Khan. He also said that allies are coming to meet us, there are many meetings from BAP and MQM.
On the other hand, the opposition has drafted the movement of movement, there are more than 80 opposition members signed on this movement. The movement was said in the draft of confidence that the country is suffering from economic jobs. No road map to extract economic crises to the country.
According to the proposed draft, there is political instability and uncertainty in the country, the foreign policy has completely failed.
In the proposed draft it has also been said that the leader of the House has lost the confidence of the majority of this House, in the context of this situation, the leadership of leadership is presented against the leader of the House.
The same opposition has also prepared the resignation of the assembly meeting, the opposition leader Shahbaz Sharif’s chambers have been alerted in this regard. Opposition sources have said that there is no movement and resignation by opposition It is worth mentioning that the opposition against Prime Minister Imran Khan is likely to be submitted to the National Assembly meeting today to call the National Assembly meeting