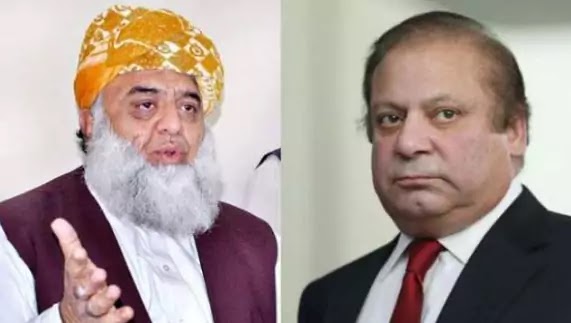 We will not resign until there is a consensus in the opposition. The PPP will be present in the assemblies and if we resign, it will not be the right move. Majority opinion

On March 21, during the Jati Umrah, Maulana Fazlur Rehman met with league leaders and asked them not to resign.

They will not resign unless there is a consensus in the opposition. The majority is of the opinion that the PPP should be present in the assemblies and if we resign, it will not be the right move.

Earlier, the PML-Q had formulated a strategy to oust the PPP from the PDM. The PML-N has taken the position that it is not ready to go any further with the PPP, so it has devised a strategy to drive the PPP out of the opposition alliance.

Sources said that the PML-N does not want to go any further with the PPP. In this regard, the PML-N has also informed Fazlur Rehman. The PML-N leaders are of the view that the PDM was stabbed in the back. Has come to zero.

PML-N also says that PPP has backed away from the position of PDM, now the movement has to be run without PPP, therefore PDM should be reconstituted. Maulana Fazlur Rehman has advised PML-N to wait till the next meeting and said that rhetoric is increasing distances, so caution should be exercised.