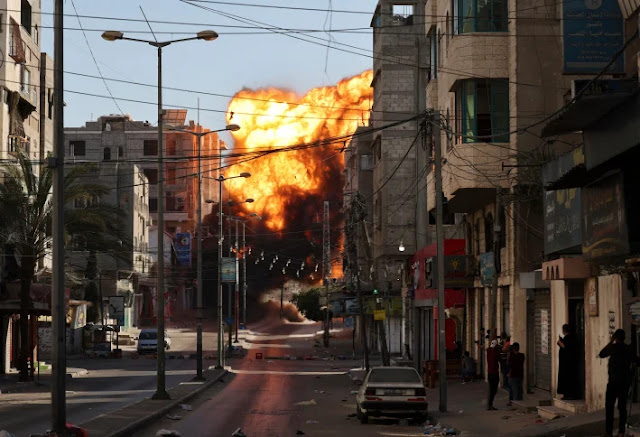 An emergency meeting of OIC foreign ministers has been convened on Sunday at the request of Saudi Arabia to address the current situation between Palestine and Israel.

On the other hand, according to Gaza’s health minister, 13 more Palestinians were killed in the Israeli bombardment, which lasted for about 40 minutes in the morning, including a mother and her three children. Their bodies were later exhumed from under the rubble of their home.

A total of 119 Palestinians, including 31 children, have been killed so far in the Israeli bombardment of Gaza, while 830 people have been injured.

Israeli airstrikes and artillery shelling on Gaza continued on Friday, according to what is being said is the use of rockets fired by Palestinians.

Hamas rocket sirens sounded for the first time in northern Israel on Thursday. This is the first time in the ongoing tensions between Hamas and Israel that Hamas has fired rockets at a distance of two hundred and fifty kilometers from Gaza.

Earlier, sirens were sounded in southern and central Israel in response to the threat of rocket attacks. According to the correspondent of the Al-Arabiya channel, alarm sirens have been sounded for the first time in the northern city of Haifa.

On the other hand, the United Nations has also convened a meeting of the Security Council on Sunday to deal with the ongoing tensions between Palestine and Israel.

Earlier in the day, the United States called off a Security Council meeting scheduled for Friday and called for it to be convened on Tuesday.

According to the AFP news agency when US Secretary of State Anthony Blankenship was asked why the United States had postponed Friday’s meeting he said that the United States did not want to stop it but wanted to hold it later.

However, the United States has now agreed to a meeting on Sunday with UN Secretary-General Antonio Guterres calling for an immediate ceasefire. 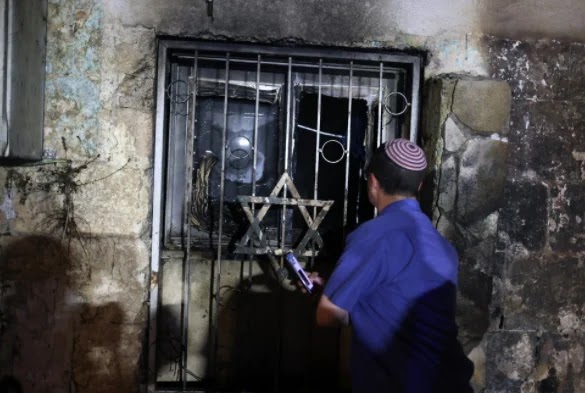 According to the Associated Press, tensions between rival factions have reached the brink of war and Egyptian mediators have arrived in Israel for a ceasefire, but so far there have been no signs of positive developments.

Israel is fighting on two fronts at the same time. While the situation in Gaza is tense for the first time in many years with Hamas, Israel is also facing sectarian strife internally.

Violent clashes between Jews and Arab Israelis continued for the fourth night in a row in the city of Lud on Thursday despite a heavy police presence.

On the other hand, rockets fired by Lebanon towards Israel last night have raised fears of another front on Israel’s northern border. Rockets fired from Lebanon fell into the sea and no damage was reported.

Saleh al-Arouri, a senior Hamas exiled leader, told a London-based satellite channel that Hamas had turned down an offer of a three-hour break in the fighting for a ceasefire. He said Egypt, Qatar, and the United Nations were leading peace efforts

The Israeli military said Friday morning that air and ground forces had carried out the deadliest attack in Gaza.

The atmosphere in Gaza City was filled with fire and smoke on Friday morning. The airstrikes were so frightening that the screams of the citizens kept coming for many kilometers.

In a video message, Israeli Prime Minister Benjamin Netanyahu said: “We said we would pay a heavy price for Hamas. That is what we are doing and will continue to do with more force.

Tensions that began Monday have so far fired 2,000 rockets at Israel from Gaza while Israel has also carried out hundreds of airstrikes and has now mobilized troops along the border.

More than 100 deaths have been reported in Palestine, while Hamas and Islamic Jihad have confirmed the deaths of 20 of their members but Israel says the number is much higher. 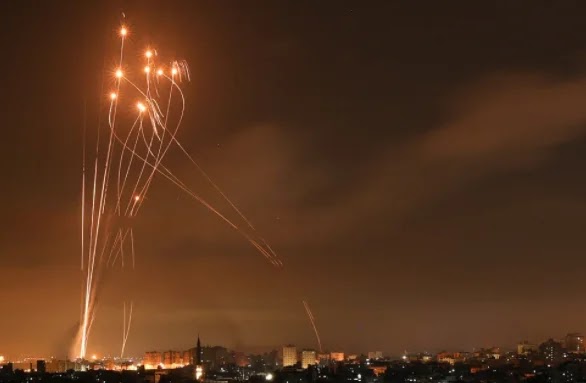 There have been seven deaths in Israel so far, including a six-year-old child. Israeli Defense Minister Benny Ghents on Thursday ordered the deployment of 9000 reserve troops.

Army spokesman Brigadier General Hadai Zilberman said troops had been deployed on the border with Gaza for possible ground operations.

He said tanks, armored vehicles, and artillery were being set up to launch operations at any moment. Hamas says it is not afraid of any ground action and that it will be an opportunity for it to capture Israeli soldiers dead or alive.

On the other hand, diplomats say that a virtual meeting of the UN Security Council on the situation in Israel and Palestine will be held on Sunday.

The meeting was requested by Tunisia Norway and China and the United States, which has postponed Friday’s meeting now agrees to Sunday, according to AFP.