Skip to content
HomeLatest NewsThe injured PTI leader in Punjab Assembly went into a coma
Asiya Amjad’s angiography could not recover, according to a doctor’s blood clot in her brain. PTI leader Kanwal Shozab’s tweet 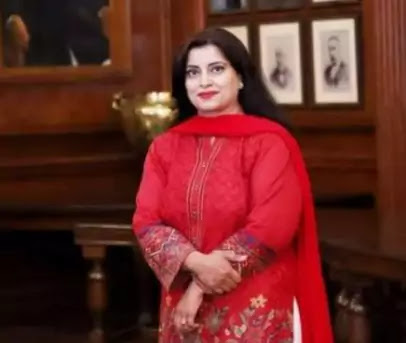 LAHORE – Pakistan Tehreek-e-Insaf (PTI) leader Kanwal Shozab has said that the condition of the injured PTI woman leader in the Punjab Assembly has become critical. She tweeted on the social networking site Twitter He said that the condition of PTI MLA Asiya Amjad, who was injured in the violence, has become critical. According to doctors, blood has clotted in his brain.
She added that she could not recover from the angiography and now she is in a coma. She is on a ventilator and her condition is critical.

On the other hand, the Pakistan Institute of Legislative Development and Transparency (PLDAT) and the Free and Fair Election Network (FAFEN) have demanded a transparent investigation into the recent incident in the Punjab Assembly through a process agreed upon by the parliamentary leaders.
In a joint statement, Pldt and Fafen said that members found guilty of improper conduct could be prosecuted under the Code of Conduct and that strict action would be taken against relevant Secretariat officials for negligence in discharging their duties. Take action.
He communicated grave worry over the non-execution of the Security Protocol formed by the Punjab Provincial Assembly under the 1997 Rules and Regulations, which brought about the appointment of the Chief Minister on April 16. There was bedlam and savagery on the floor.
The statement further said that the incidents in the Punjab Assembly reflected the failure of various levels of regulatory reservations that the Secretariat had set up to ensure compliance with the rules as well as to prevent such incidents by enraged members. Have gone