Skip to content
HomeLatest NewsThe husband tied his wife with ropes and hung her upside down subjecting her to the worst kind of torture
Spread the love
When the video came out, the police took immediate action, rescued the woman, and arrested the accused 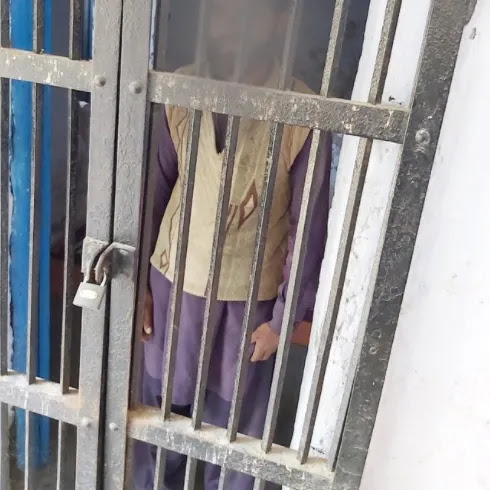 Bahawalnagar – The brutal husband set a new example of violence by torturing his wife. The abusive husband tied his wife to a rope and tortured her to get remarried and made a video and sent it to his father-in-law.
In the footage, the brutal husband can be seen tying his wife’s hands and feet with a rope and torturing her with a stick. A police team under the supervision of SP Investigation Farooq Kamiana reached the spot on the orders of DPO Bahawalnagar Muhammad Zafar Bazdar.
Police also seized ropes, sticks, and other belongings from the spot. The accused fled the scene on a tip-off from the police. On the action of IG Punjab, police raided various places during the night and arrested the accused Muhammad Hussain.

Earlier, Punjab police said that after the video surfaced on social media, the victim was rescued following the action of IG Punjab Rao Sardar Ali Khan. DPO Bahawalnagar has been asked to arrest the accused as soon as possible. However, now the police have succeeded in nabbing the accused.