Skip to content
Home Latest News The heatwave in the country is forecast to intensify from this week
The temperature will be 9 to 10 degrees Celsius higher than normal. Meteorology Department 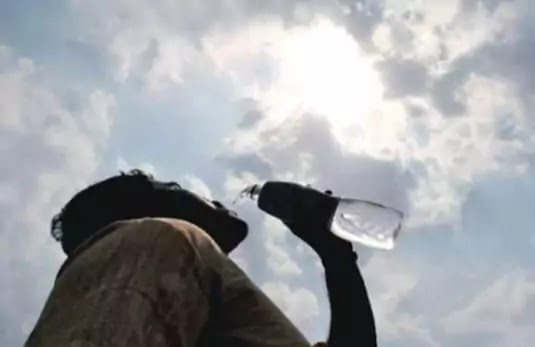 Lahore – Meteorological Department forecast heatwave in the country this week, the temperature will be 7 to 8 degrees Celsius higher than normal. According to media reports, the Meteorological Department said that the heatwave will continue till March 16.
Temperatures in the federal capital Islamabad, Khyber Pakhtunkhwa, Upper Central Punjab, Sindh, and South Balochistan will be 7 to 8 degrees above normal. The temperature in North Balochistan, Upper Sindh, South Punjab, and Kashmir is forecast to be 9 to 10 degrees Celsius higher than normal.
On the other hand, Chief Meteorologist Sardar Sarfraz has said that the spring heat in Karachi is extraordinary. The heat will be intense in Karachi till March 16. The average spring temperature was recorded at 32.8 degrees Celsius. While temperatures in Karachi are expected to hover between 36 and 38 degrees Celsius, sea breezes will remain suspended for the next few days.
According to Sardar Sarfraz, hot and dry winds are likely to blow from the northwest in Karachi’s face, while sea breezes will continue to blow as usual after March 16 due to which the temperature is likely to remain between 34 and 36 degrees.
On the other hand, the Punjab Education Department has announced summer vacations in educational institutions. Students in all public and private educational institutions of Punjab will get summer vacations from June 1 to July 31 this year. The schedule of the session has been announced, notification has been issued by the school education department of Punjab.
The notice guided the schools to direct assessments in May and begin the scholastic meeting from August 1. The notification said that the students would get two months of summer vacation from June 1 to July 31 this year. The tests will begin in the period of May.
Earlier, the Sindh Education Department had decided to hold summer vacation in June-July. The annual meeting of the steering committee of the Sindh Education Department was held at the meeting. It has been decided to start the new academic year in Sindh from 1st August. Similarly, ninth and tenth class examinations will be held on May 17. The eleventh and twelfth class examinations will be held on June 15. The summer holidays in Sindh will be June-July. I will be