Skip to content
HomeLatest NewsThe government’s decision to withdraw gas subsidy in the industrial sector threatens to stall the wheel of industry.
Spread the love
It has sent a summary to the federal cabinet to end the supply of subsidized gas immediately. Ministry of Energy 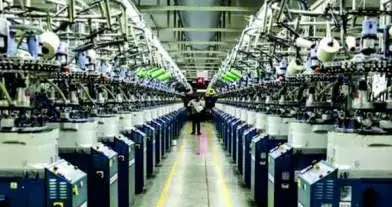 Islamabad – With a shortage of supply and the volatile average cost of fees, the government-subsidized the industrial sector by 6. 6.5 per unit in the first phase of rationalization. ) Has decided to withdraw the rate. The revelation was made by a private TV channel in a report citing its sources, which said that the Ministry of Energy (Petroleum Division) had asked the federal cabinet to immediately end the supply of subsidized gas to the industrial sector, including captive power plants. Has sent a summary.
When there is a severe shortage and imported gas is five times more expensive, we cannot ensure the supply of cheap gas to the industry,” said a senior ministry official. Ready to provide at rates but there is no other option other than that those who cannot transfer will have to pay the full price of gas.
The official said that the average fixed price of local gas was around Rs 645 per unit (million British thermal units) while the cost of supplying current LNG cargoes has crossed Rs 5,000 per unit. Last month LNG (liquefied natural gas) The average selling price was about Rs. 2,730 per unit. The supply of domestic gas to the export industry and its captive power plants is currently Rs. 820 to 852 per unit, while gas to the general industry is Rs. 1,055, Rs. 1,050 to the ice factories and Rs. 1,370 per unit to the CNG sector. The unit is getting.
The new rates will be finalized on the basis of a cabinet decision. While the gas shortage in the network is now growing from 400 to 500 million cubic feet per day. Sources said the move is part of a three-phase tariff rationing scheme under which gas prices for domestic consumers may be increased in the first or second quarter of next year, depending on the social, economic, and political situation. Will.
Sources said that the first two phases have become part of the third and final phase in which the government wanted to set up a broad average cost system of gas consisting of both domestic and imported gas as it would include wider consultation with the provinces. The sources clarified that the first two phases will reduce the financial burden on the government and increase the revolving credit on the entire gas production and supply network.