Skip to content
HomeLatest NewsThe government termed the news related to Punjab Chief Minister as speculation
Spread the love
The PML-Q and PML-N are in a serious phase of talks with the PML-Q. The PPP and PML-N are giving the impression that their allies are with them. This is wrong. Foreign Minister Shah Mehmood Qureshi’s Media Talk 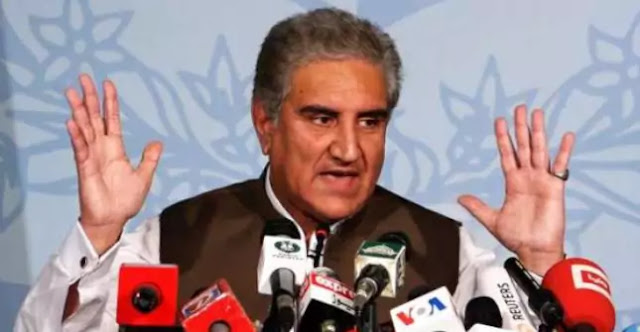 ISLAMABAD – The government has termed the news related to Punjab Chief Minister as speculation. Talking to the media in Islamabad, Foreign Minister Shah Mehmood Qureshi said that there was a good meeting with PML-Q yesterday.
He conveyed the message of Prime Minister Imran Khan to PML-Q. We are like-minded, not like-minded. After the meeting, we conveyed the message of PML-Q to Imran Khan. Now the news about the Chief Minister is speculation.
He said that everything is open in politics, they are in a serious stage of talks with PML-Q, I will not talk irresponsibly, I do not consider it appropriate to bring out what is being discussed, every effort is made by the coalition with us.
Stand up and they are still standing together, the PPP and the PML-N are giving the impression that the allies are with them. This is wrong. We are allies and keep going together. We are still in the cabinet today.
It may be recalled that media reports say that the PML-Q has once again demanded the Chief Minister of Punjab before the government.
In this regard, the PML-Q had bluntly asked the government delegation to tell us what to do with us. Want? And clear this issue before voting on no-confidence. There is no point in later. In response, the federal ministers said that we are determined to tell you.
On the other hand, Awami Jamhoori Watan Party chief and National Assembly member Shahzain Bugti have split from the federal government. He announced his resignation from the government and said that he would resign from the federal cabinet