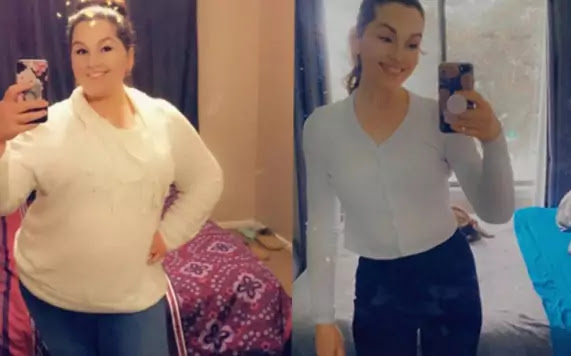 Canberra (Monitoring Desk) Getting rid of obesity is a difficult task, but this Australian girl has lost so much weight in just one year that people are stunned to hear. According to The Sun, 32-year-old Jessica Lojoe is from Dapto, New South Wales. Surprisingly, she drank a dollar of Coca-Cola daily and was also a glutton.
Jessica’s life was full of sugary drinks and fast foods. I was so obsessed with food that I lost control he says. My condition was such that I would put the cake in the oven for baking and could not wait for it to be fully baked and would start eating it already. The reason for drinking excessive coke and eating unhealthy food I weighed 114 kg
I was in so much pain that my knees and legs began to ache said, Jessica. I went to the doctor and he advised me to lose weight through medication but I decided to change my eating habits instead of medication. I quit sugary drinks and fast foods and started eating healthier.
According to the report, this change in life has reduced Jessica’s weight by 63 kg in a period of one year. Jessica says: I lost my self-confidence and was afraid to get out of the house. Now I have complete control over myself and I am living a contented and confident life
Read more: At Christmas, a stranger rained money on a waitress so much so that he couldn’t help but tell a story