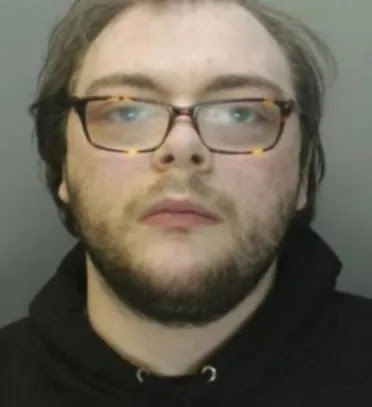 LONDON – A sex beast has been sentenced to 10 years in prison for blackmailing teenage girls from different countries and obtaining pornographic pictures and videos on the Internet.
According to the Daily Star, the name of this young British man is Elliott Nicklin, who used to contact young girls by creating fake profiles on social media and threatening them with suicide, and making them do wrong things on camera. He also forced several girls to engrave their names on their skin with a sharp instrument.
Prosecutors told the court that the 22-year-old had sexually abused at least 70 girls from different countries. The man had been doing this disgusting business since 2014, and police recovered videos and pictures of dozens of girls making obscene gestures from his computer. He was arrested in May 2020 and brought to Liverpool Crown Court, where he was sentenced to 10 years in prison.