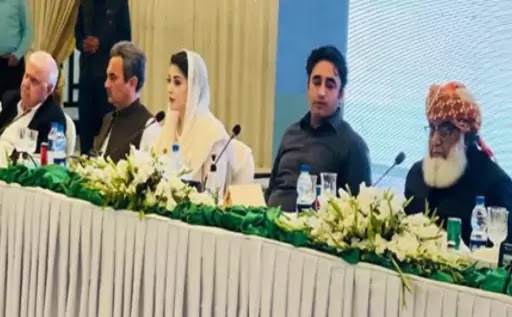 ISLAMABAD – The Pakistan Democratic Movement (PDM) has released a four-point agenda for tomorrow’s summit.
According to details, an important meeting of the opposition alliance chaired by PDM chief Maulana Fazlur Rehman will be held in Islamabad tomorrow (Tuesday). PDM Secretary General Shahid Khaqan Abbasi has released a four-point agenda of the meeting.
The recommendations of the steering committee will be endorsed at the summit. The meeting will also review issues related to the second phase of the Khyber Pakhtunkhwa local body elections.
The PDM scrutiny committee will respond to the PTI foreign funding case while the opposition movement and political strategy will be considered inside and outside the parliament.