Skip to content
HomeLatest NewsThe explosion could not have been caused by a cylinder I was stabbed an injured eyewitness
We came from Karachi to visit Lahore, today we had to leave for Kashmir then we came for Anarkali shopping, the father of the child Yen is also injured. 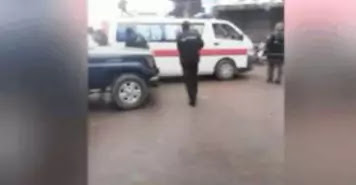 Lahore – An explosion took place in the Anarkali area of ​​Lahore, the capital of Punjab province, as a result of which several people were injured. An injured eyewitness said that the explosion could not have been caused by a cylinder. I was stabbed. People were calling for help.
After the blast, smoke spread everywhere and chaos ensued. An eyewitness said that shortly before the blast, a man had parked his motorcycle and as soon as he left, an explosion took place, killing two people.
Are done One of the dead in the blast near Pan Mandi in Anar Kali has been identified as 31-year-old Ramzan and the other is a 9-year-old child. We came from Karachi to visit Lahore. We had to go to Kashmir from Lahore today.
We went to Anar Kali for shopping. Absar’s parents are injured in the hospital he added. We went ahead and Absar was coming back with his parents. In addition, the condition of 4 out of 23 injured people is also critical.
Citing forensic sources, it was reported that the blast was caused by a time device, the explosives were planted in a motorcycle near the shops, the sound of the explosion was heard far away, after which a pit one and a half feet deep at the site of the explosion. One and a half kilograms of explosives were utilized in the impact.
The explosives were hidden in envelopes and placed near motorcycles. The blast took place near shops near a private bank at the entrance of Anarkali Bazaar.
Upon receiving the report of the incident, police and rescue teams rushed to the spot cordoned off the area, and launched rescue operations while Punjab Chief Minister Usman Bazdar Taking notice of the blast, IG Punjab demanded a report