Skip to content
HomeLatest NewsThe decision to give important responsibility to the Tareen group at the center
It has been decided to make Aun Chaudhry of Tareen Group an advisor to the Prime Minister. The notification will be issued today 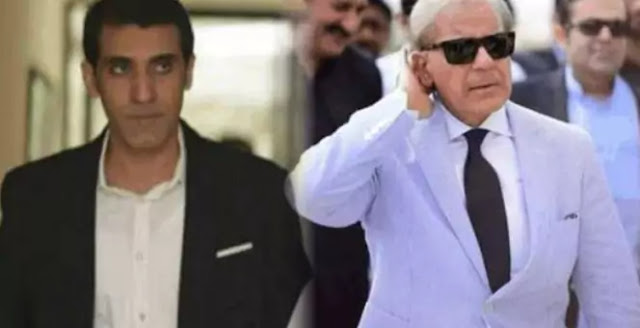 Islamabad – It has been decided to give important responsibility to Tareen Group at the center. The Cabinet Division has prepared a summary of the appointment of Aun Chaudhry as the Advisor to the Prime Minister.
It may be recalled that the swearing-in ceremony of the Federal Cabinet will be held at 11 a.m. today in the Presidency where the Chairman will take the oath from the Senate Ministers. It has been informed that the cabinet includes ministers of PML-N, PPP, JUI, and MQM. Ministers belonging to other allied parties will also take the oath of office.
The new federal cabinet will have 36 members including 11 members of PPP 14 ministers of PML-N and 4 ministers of JUI will be sworn in while 7 ministries will be given to other coalition parties. Notification of departments of federal ministers will be issued after the swearing-in ceremony.
It is learned that Khawaja Asif, Ahsan Iqbal, Rana Sanaullah, Ayaz Sadiq, Rana Tanveer, Khurram Dastgir, Saad Rafique, Javed Latif, Riaz Pirzada, Murtaza Javed Abbasi and Azam Nazir Tarar are part of the cabinet. Khursheed Shah, Naveed Qamar and Sherry Rehman, Qadir Patel, Shazia Murree, Murtaza Mahmood, Sajid Hussain, Ehsanur Rehman, and Abid Hussain will be part of the cabinet.
Similarly, Asad Mahmood, Abdul Wasi, Mufti Abdul Shakoor, and Senator Talha Mahmood of Jamiat Ulema-e-Islami will join the cabinet. Aminul Haq and Faisal Sabzwari of Muttahida Qaumi Movement Pakistan are also part of the cabinet.
K Shah Zain Bugti is part of the cabinet while PML-N’s Ayesha Ghous Pasha and Abdul Rehman will be the Minister of State. Similarly, PPP’s Hina Rabbani Khar, Mustafa Nawaz Khokhar will also be the Minister of State while PPP senior leader Qamar Zaman Kaira There will be advisers to the Prime Minister