Skip to content
Home Latest News The challenge is to release the list of treasures of the last 30 years
Imran Khan may be saved but the leaders of both the major parties will not be able to escape. Numerous pioneers brought things back home without giving anything. 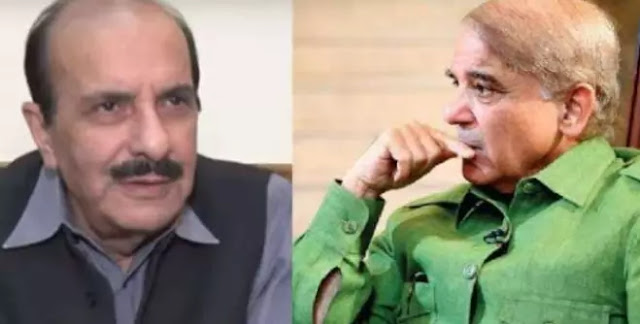 Lahore – Kamil Ali Agha says that challenging the last 30 years, the list of the treasury will be released a lot will come out. According to details, PML-Q leader Kamil Ali Agha has given a response regarding the Tosha Khana scandal.
Talking to private TV channel Hum News, the senior PML-Q leader said that Imran Khan may be spared but the leaders of both the major parties will not be spared.
Challenging the Prime Minister, he said that a lot would come out if the list of treasuries of the last 30 years was released. Numerous pioneers brought things back home without giving anything.
Earlier, in response to allegations leveled by Prime Minister Shahbaz Sharif against Pakistan Tehreek-e-Insaf (PTI) chairman and former prime minister Imran Khan, Fawad Chaudhry said that the watch was given as a gift by another country and the prime minister bought it from the government.
If the watch bought from the government is sold out then what is the crime in it, whether the watch is worth Rs 50 million or Rs 100 million if it is mine and I sold it then there is no objection
He said that he did not understand what is the charge of Shahbaz Sharif. Shahbaz Sharif is confounded, he doesn’t see how to blame Imran Khan?
That is why Shahbaz Sharif sometimes brings a character from time to time, Shahbaz Sharif is trying to throw mud on Imran Khan, Shahbaz Sharif should refrain from superficial talk and pay attention to national issues.
Earlier, Pakistan Tehreek-e-Insaf (PTI) leader Zulfi Bukhari had denied the allegation of selling expensive necklaces from Tosha Khana.
It may be recalled that a meeting of senior journalists was held with Prime Minister Shahbaz Sharif. In this meeting held at the Prime Minister’s House for an iftar dinner, Shahbaz Sharif said that he could confirm that Imran Khan took gifts from the treasury and sold them abroad.
Imran Khan sold these gifts in Dubai for Rs 14 crore. Important gifts incorporate precious stones, adornments, wristbands, watches, and sets. do not have