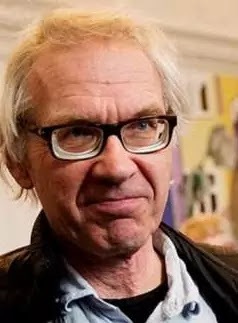 STOCKHOLM – the Swedish cartoonist Lars Volks, who made blasphemous sketches of the Prophet Muhammad, has been burned to death in his own car after sketches of Volks were made in 2007. The government had provided police security since. According to the US Broadcasting Corporation, Swedish police have confirmed that 75-year-old Lars Volks was killed in a collision between a car and a truck. The collision with a truck coming from the opposite direction resulted in a fire in both vehicles in which Volks was sent to hell while two policemen guarding it were also burnt alive.
Police say two of his bodyguards, including Wilkes, were killed in the crash, while the truck driver was injured and is being treated at a hospital. Police said in a statement that the cause of the crash was immediately known. A police representative has denied any inclusion in the accident. A police spokesman told reporters that an investigation was underway to determine the cause of the accident, while a special section of the prosecutor’s office had been assigned to investigate the deaths of police officers.
Video footage from the car crash also surfaced
It should be noted that Volks had made blasphemous sketches of the Holy Prophet in 2007 which drew a strong reaction from the Muslim world. The sketches of this bigoted Swedish citizen also created diplomatic tension and the then Prime Minister of Sweden Friedrich Reinfeldt also met with diplomats from several Muslim countries to ease diplomatic tensions. Al Qaeda also announced a 100,000 reward for information leading to the capture of Volks.
Swedish media say two men tried to set fire to Volks’ house in southern Sweden in 2010 and plotted to assassinate Volks for a Pennsylvania woman last year. I was convicted. Wilkes survived an assassination attempt in 2015 while attending a party in Copenhagen, the capital of Denmark, but was shot dead by a Danish filmmaker.