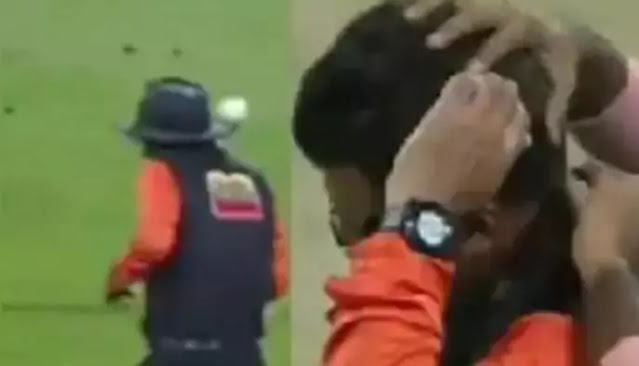 Abu Dhabi – A ball hit the head of Pakistani umpire Aleem Dar during the ongoing T10 League in Abu Dhabi, the capital of the United Arab Emirates.
The incident with Aleem Dar occurred during a match between Chennai Brewers and Northern Warriors. In the fifth over of the first innings, the fielder threw the ball to another player which hit the head of Aleem Dar on the way. As soon as the ball hit, the players of the fielding team came and massaged the head of the umpire. Aleem Dar escaped injury in the accident