Skip to content
HomeLatest NewsThe ambassador said the language used in the cipher was unusual
Based on the language utilized in the code, the diplomat had proposed de-bog. Pakistani ambassador Asad Majeed did his duty. Significant explanation by Minister of State for External Affairs Hina Rabbani Khar 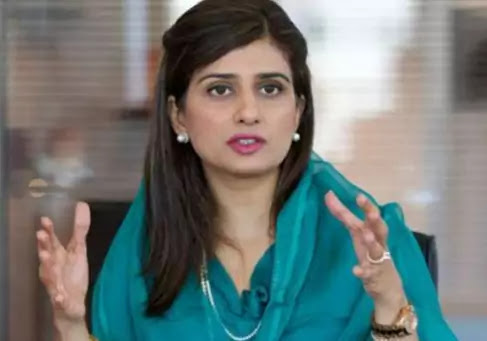 ISLAMABAD – The former ambassador to the United States said the language used in the cipher was unusual, according to Minister of State for External Affairs Hina Rabbani Khar.
According to details, after the national security meeting on Friday, Minister of State for External Affairs Hina Rabbani Khar issued an important statement while talking on ARY News’ program ‘Objection’.
He said that unusual language was used in the cipher, Ambassador Asad Majeed explained that he had suggested de marsh, and Asad Majeed did his duty.
Later, while talking on the Dunya News program Aaj Kamran Khan, said that he had read the telegram himself, no evidence of conspiracy was found, and the explanation of previous diplomat Asad Majeed regarding this situation was vital.
The meeting with Donald Low was not a delegation-level talk. The gathering likewise incorporates conciliatory and non-strategic discussions. The Minister of State for External Affairs added that Asad Majeed had asked the US ambassador whether it was his government’s or one-man policy. Hina Rabbani Khar said that Pakistani Ambassador Sad Majeed has performed his duty in a professional manner.
The Minister of State further said that the former government used to call this cipher a letter. Hana Rabbani Khar said that there was such a big threat why they did not protest from the US embassy in Islamabad, why they remained silent for many days after the letter came, the institution and the ambassador who wrote the letter agreed that it cannot be called a conspiracy by the previous government. The lie was told with such frequency that it began to feel true